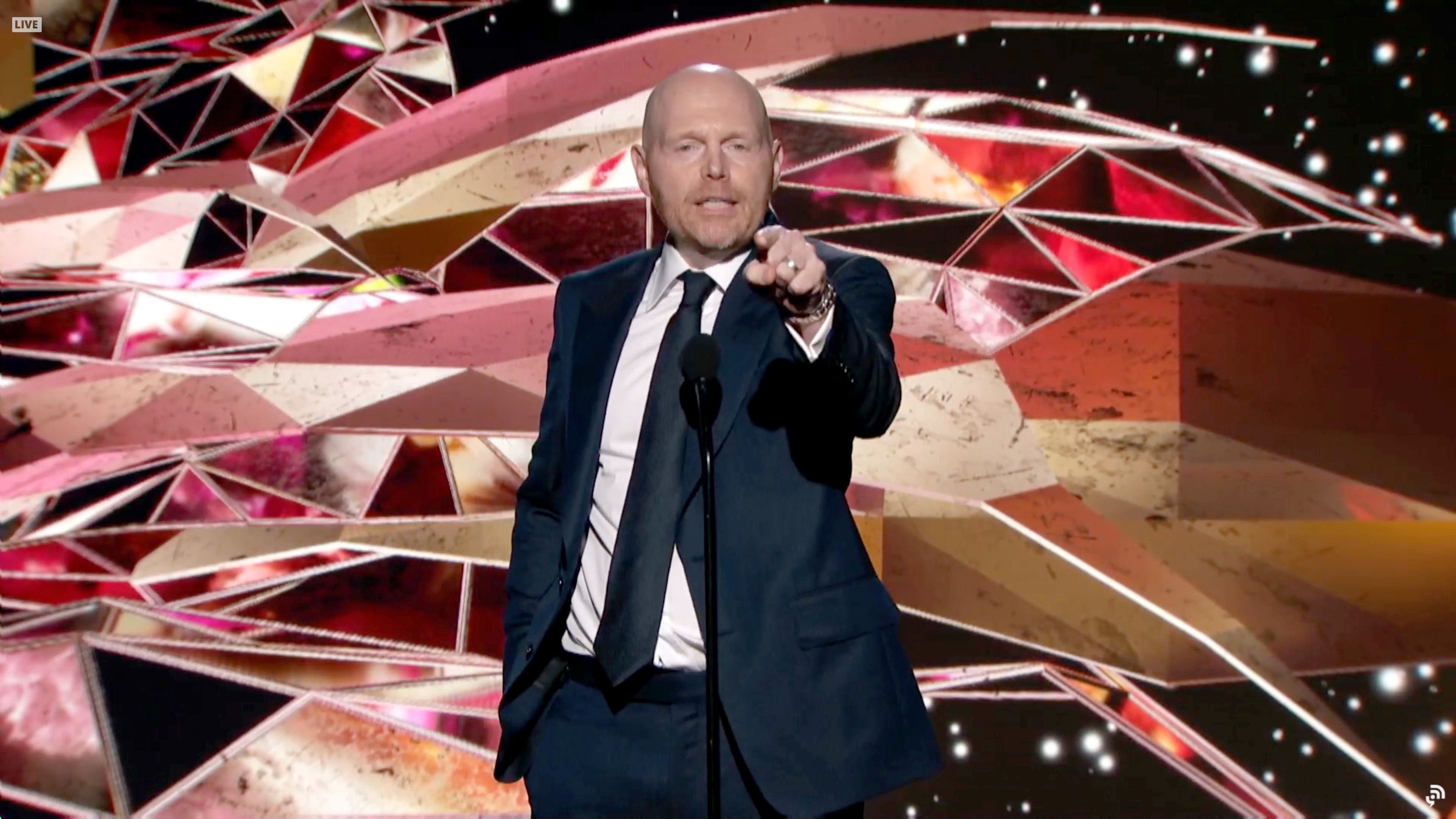 Bill Burr hosted the 2021 Grammys pre-show and created controversy for his jokes. Screenshot: The Grammys.

Bill Burr's 'jokes' at the Grammys criticized on social media

Bill Burr sparked controversy for his "inappropriate" jokes at the 2021 Grammy pre-show and social media criticized him.

Comedian Bill Burr is known for his "off the cuff" comments and often vulgar or tasteless jokes.  This time, controversy broke out at different moments while Burr was presenting at the Grammys. When he presented for "Best Latin Tropical Album" he stuck to his common shtick of no-holds-bar observation.

"Feminists are going crazy. Why is a white cis man doing all this about Latinos?" he said.

Social media were quick to criticize his comments, highlighting his inanity and lack of respect during the pre-show. Among the different awards that Burr presented were ones for "Best Latin rock or Alternative Album," "Best Choral Performance," "Best Solo Performance of a Classical Instrument," "Best Classical Vocal Album," and Best Classical Compendium."

When presenting the award for "Best Regional Mexican Music," Burr could not pronounce the name of the winner Natalia Lafourcade.

"I can't say the name. The Grammy goes to Natalia Lafourcade. I will accept it on her behalf. If I mispronounced her name, I'm sorry. Natalia, you won," he said.

The same thing happened when it was his turn to honor other winners such as Fito Paez and Grupo Niche.  Apparently, he found the Latin American names in that section impossible to pronounce and funny.

This is not the first time the comedian has been called out for his inappropriate comments and jokes on controversial topics. From social media, many commented that critics should "blame the Grammys" for choosing a comedian whose trademark is off-color humor.

"He's been absolute garbage for years and I shook my head in bitter disbelief when I saw he was one of the presenters. Yet another sign that the Grammys don't *really* care about inclusivity/progress at all," wrote one commenter.