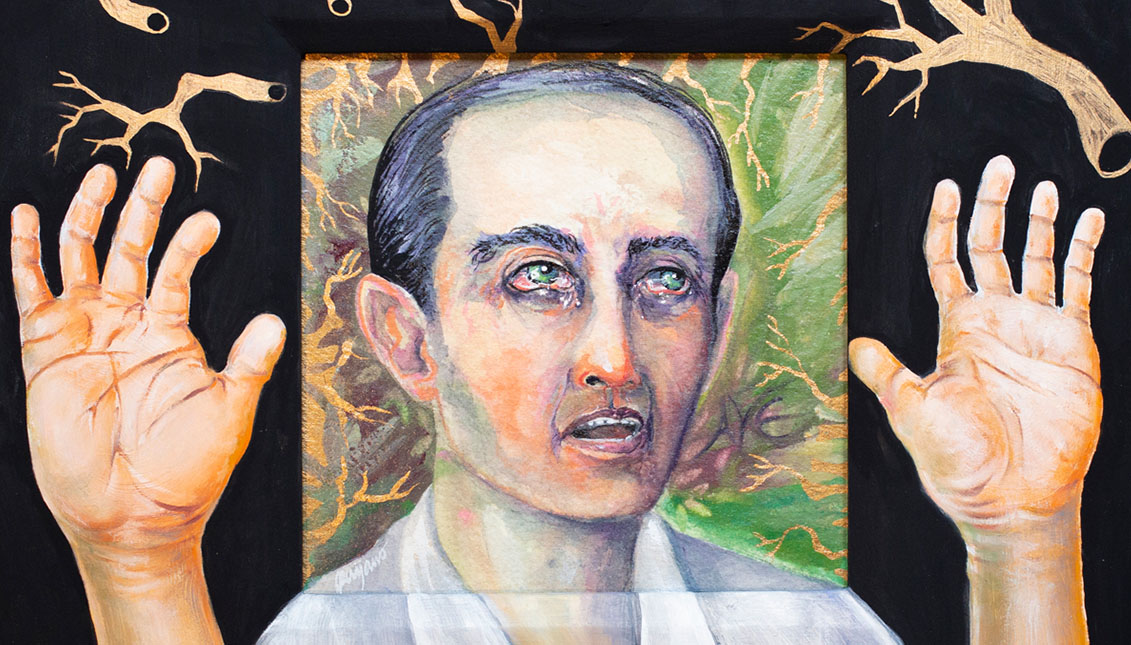 Nick Quijano, Ave María (In memoriam of the victims of hurricane María), 2020. Photo Courtesy of the artist and Fort Gansevoort.

Nick Quijano, the artist of the "small" stories from Old San Juan

An online exhibition hosted by Fort Gansevoort features paintings that are windows into Puerto Rico's past.

It is often said that there are two histories, that of the great events of the past and their famous protagonists, and that of the anonymous people whose memories and experiences are rarely taken into account.

One of the great Spanish novelists of the generation of '98, Miguel Unamuno, coined the term "intrahistory" to refer to the anecdotes and snapshots of life that appear buried under the great deeds, but form the heart of a story.

The paintings of Puerto Rican Nick Quijano, which can be seen in an online exhibition hosted by Fort Gansevoort, are scenes from Puerto Rico that he has been creating since the 1980s, in which visitors find everything from small childhood snapshots to the effect of Hurricane Maria on anonymous characters.

Almost as if he were a photographer, Quijano's gaze does not delve into nostalgia, but rather into the way these memories slip into our present as flashes of past everyday life.

"I like small stories, I want to appeal to the intimacy of feelings and the heart," Quijano said in an interview with Art News.

As in Cortázar's famous story The Devil's Drool, where the narrative escapes the frame of photographry, works such as Cumpleaños con Brownie y Nilka (1956-2020) depict a young Nick in front of a birthday cake with two dogs wearing a hat. 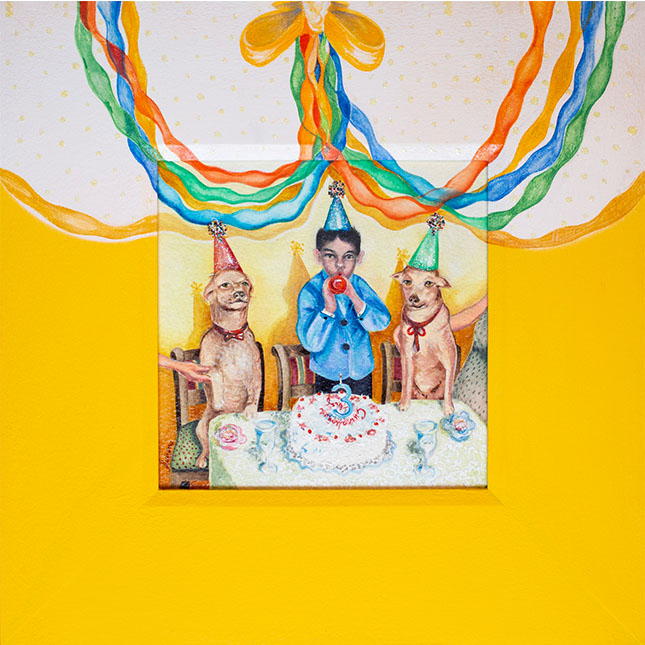 "I had no friends," says the artist, who painted the work from a photo. "My aunt who was organizing the celebration had two dogs, so she put hats on them and they were my special friends for the party."

Other paintings focus on Quijano's daily encounters in Old San Juan, such as in Mercado, where men read the newspaper while waiting for a customer to arrive, or Ave María, a raw and sincere work where a man with red eyes raises his hands in despair over the disaster caused by Hurricane Maria.

"There is still a lot of pain and a lot of recovery," Nick insisted, adding that "Puerto Rico has been constantly marginalized. We are supposed to be part of the United States, but in reality we are not. We are still the oldest colony in the world."

Meanwhile, the exhibition's organizer, filmmaker and DJ Bobbito Garcia, said he hopes these works "provide a context for people who do not understand the relationship of the United States with Puerto Rico."

The men and women in Quijano's works are "anyone," "everyone," and that is what makes them local and very personal while universal at the same time. He teaches us to look for, as Cartier-Bresson said, that "decisive moment" where emotion creates corridors between the moment when something happened and the present moment that evokes an emotion.

"I am talking about things that are still alive in me," concluded the Puerto Rican.

His paintings are memories without nostalgia. Beats of Old San Juan.