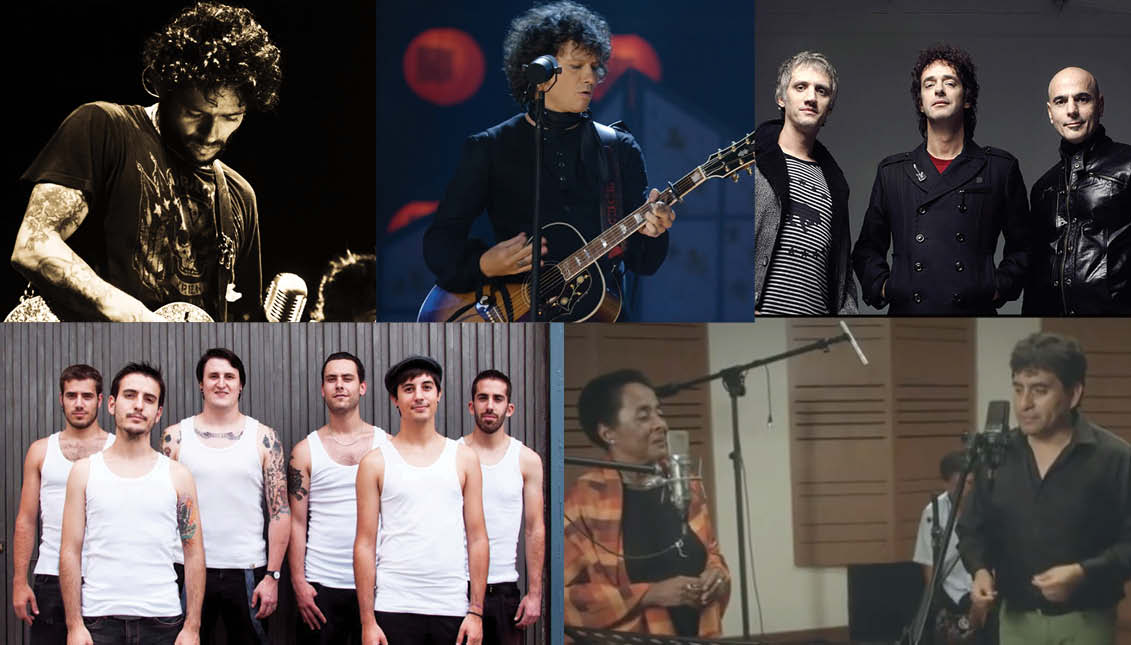 Discovering the solo work of an ex-Menudo awakens the most volatile skepticism. But once it gives way, you can discover an impeccable discography, like that of Draco Rosa, with its ups and downs and a powerful compendium of conceptual works, heterogeneous and deeply nourished by literature. "Vagabundo" is a piece of his homonymous disc, considered - and with reason - like one of the best productions in the history of Latin American Rock.

After the historical importance of Heroes del Silencio, Bunbury needs no introduction. Being one of the most important exponents of Ibero-American music, this singer-songwriter never ceases to amaze with every new song. After four years of absence, he returns with a short film where he presents his new album Expectativas, recorded in Texas, and has released two pieces that anticipate what could be the best of his albums.

This time we will go a little further (and as safe as a shot to the ground) recommending a song that is part of one of the best records in Latin American rock history and that was released this week 27 years ago. We are talking about "Sueles Dejarme Solo" from the album Canción Animal of 1990, produced by Gustavo Cerati and Zeta Bosio in Miami, and the fifth studio album by Soda Stereo, one of the pillars of Argentine National Rock.

A Spanish septet is always good news, especially when it comes to folk music. This is the case of the M.O.D.A, a group originally from Burgos, which for more than 6 years has been reformulating the rock of the peninsula. With lyrics that have transformed several songs into hymns, this fantastic band has announced the publication of their new production under the title of Salvavidas (De Las Balas Perdidas) whose first single is "Inmensidad".

The fusion of these two great composers of Afro-Peruvian and Andean music is one of those unique events in the history of music that reflect the strength of folklore and its timelessness. William Luna ("Vienes y te Vas") and Susana Baca ("Lamento Negro") - who was Peru's Minister of Culture and one of the most important music researchers in Latin America - have given a new color to "El Cóndor Pasa", a zarzuela of the beginning of the 20th century, declared national patrimony in 2004.