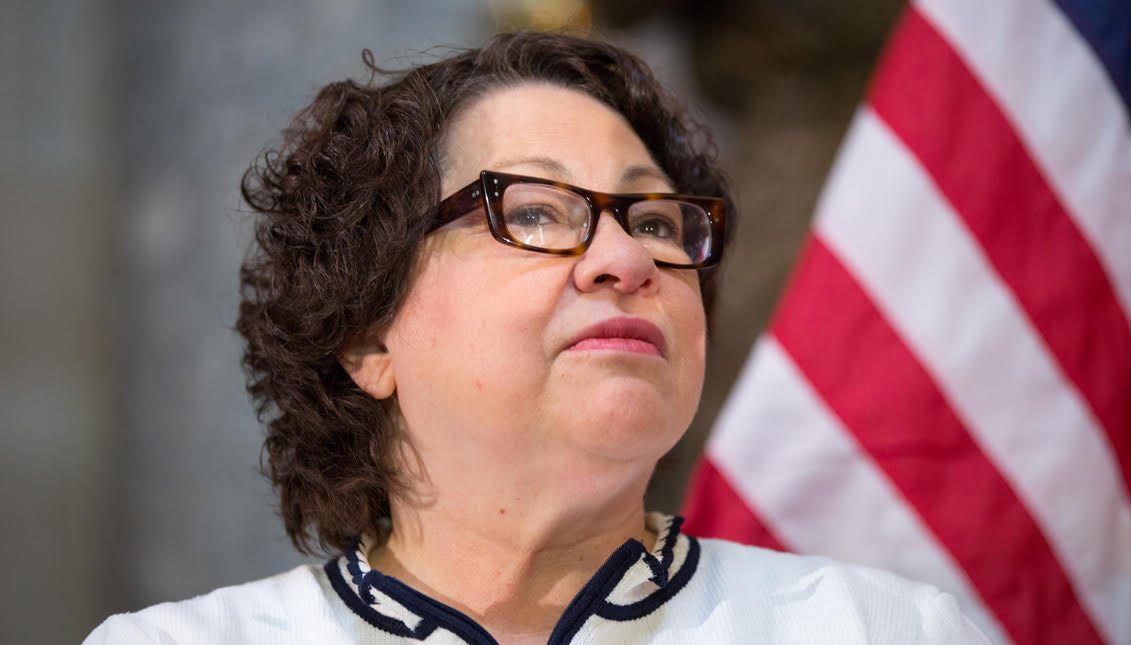 Sotomayor is the first Latina to sit on the Supreme Court as well as the third woman to ever be appointed to the position.

A new comprehensive high school in San Antonio, Texas will be named after Justice Sonia Sotomayor. She is the first Latina ever appointed to the Supreme Court, and only the third woman to ever hold a seat.

The new school in the Northside Independent School District (NISD) will be located at 12801 Tall Timber Lane and be called Sotomayor High School. It will be the 12th high school in the district, which serves the northwest quadrant of the city.

The decision to name it after the admirable justice came after the board of trustees came after the passing of Justice Ruth Bader Ginsburg on Sept. 18, according to the school’s spokesman, Barry Perez.

“We are excited to name our next high school for someone who can serve as a wonderful role model to our students and staff,” Board President Carol Harle said in a statement.

It's official- our 12th comprehensive high school will be named after US Supreme Court Justice Sonia Sotomayor. Trustees voted on the name at tonight's Board Meeting. The process began in 2019 w/nomination essays from 8th graders- https://t.co/tanuyFvYJd pic.twitter.com/vnL3GAnksg

Sonia Sotomayor was sworn in on August 8, 2009. The Bronx native was born to Puerto Rican parents. Her mother was an orphan in the countryside of Puerto Rico and her father did not have elementary education and died when she was just nine years old.

At the same time, Sotomayor was diagnosed with Type 1 diabetes and learned to give herself insulin injections at seven years old.

The first generation Latina graduate from her family attended Princeton University with a scholarship and later received her J.D. from Yale Law School in 1979.

She’s shared in interviews that she was discriminated against at the Ivy League school in New Jersey, but that did not stop her from overcoming the obstacles life threw at her.

Before being appointed by the Obama administration, she had a private practice and served on the board of the New York State Mortgage Agency, advocating for affordable housing and drawing attention to gentrification in the city.

Additionally, Sotomayor served on the New York City Campaign Finance Board and the board of the Puerto Rican Legal Defense and Education Fund.

In 1991, she said her childhood dream was fulfilled when the then-president George H.W. Bush nominated Sotomayor to the U.S. District Court for the Southern District of New York.

After six years, she was then moved to the Court of Appeals for the Second Circuit.

Sotomayor has inspired many young Latinx women to reach for their true worth, some even rising to the challenge of being a U.S. Representative like the now-icon Alexandria Ocasio-Cortez, who comes from the Bronx like Sotomayor.

“If you think that working hard is going to make you reach all your dreams, you might live your life disappointed. But if you work hard and you have a dream, you're going to arrive further than you started. You're going to learn something in the process,” said Sonia Sotomayor.