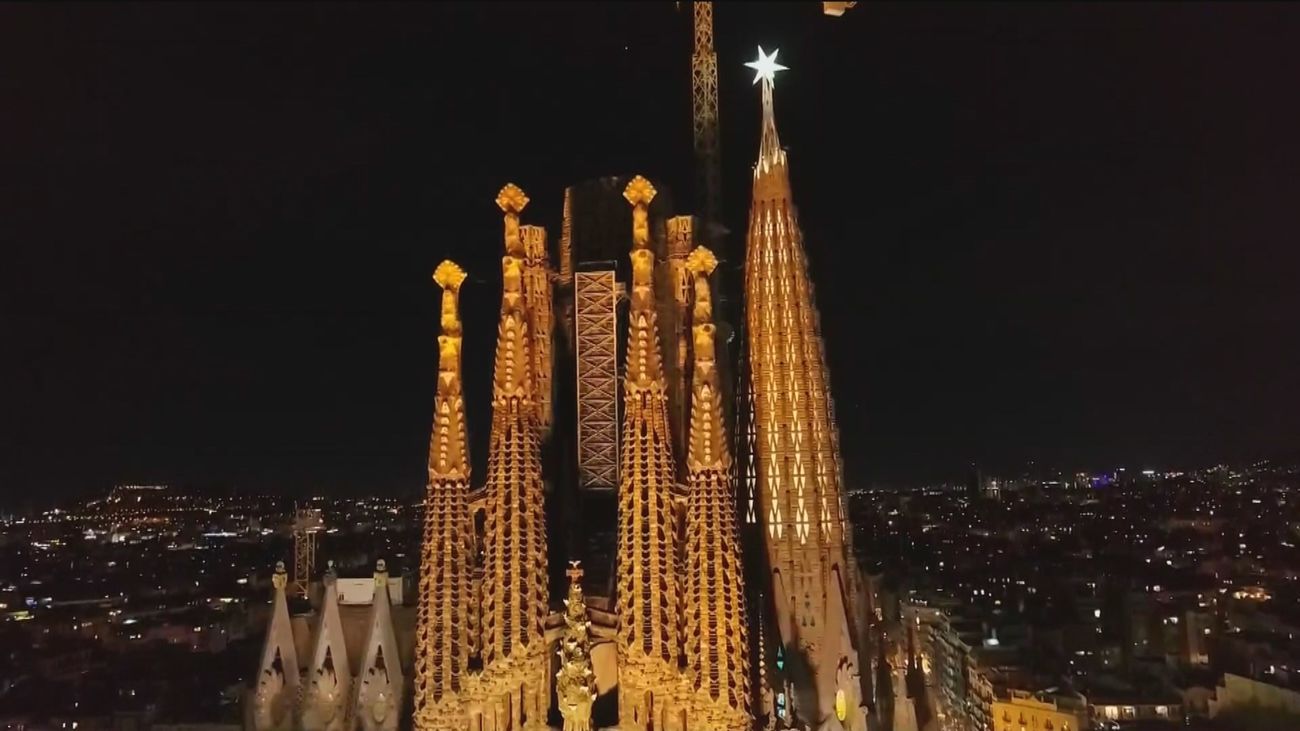 A tower and a star were inaugurated on top of the Sagrada Familia. Photo: Twitter

A star lights the top of the Sagrada Familia

The star of the Sagrada Familia has been placed on the highest tower of the church to illuminate the sky of Barcelona.

A star with 12 points; 7.5 meters in diameter at each point; and weighing 5.5 tons; has been installed in the Virgin Mary's tower of the Sagrada Famila and has illuminated the Barcelona sky since Wednesday, Dec. 8.

Built of textured glass and stainless steel structure on its edges, the crystals are illuminated by the sun during the day and from inside during the night.

The star was placed on top of the Sagrada Familia on Nov. 29, and both the tower of the Virgin Mary and were illuminated in a popular culture ceremony held in the morning on the day of the Immaculate Conception.

Organized by different organizations, the inaugural mass took place in the afternoon and was presided over by the Archbishop of Barcelona, Cardinal Juan José Omella. Between dances, concerts and typical performances of the Catalan culture, such as sardanes, 'castells,' 'gegants,' and 'capgrossos,' the neighborhood and participants welcomed the luminous star at the top of the Sagrada Familia.

Barcelona from the sea: The historic legacy of the Golondrinas
May 16th, 2022
Why is Barcelona the greatest city on Earth?
May 4th, 2022
The Liceu of Barcelona celebrates its 175th anniversary
April 19th, 2022

We’ve inaugurated the tower of the Virgin Mary! pic.twitter.com/wKDWF5JZeA

The service presided over by Omella began at 6 p.m., and was viewed by Pope Francis, who attended virtually. Shortly before 8 p.m., Omella went outside, and despite the cold wind of the night, hundreds of people waited for the moment when the star was illuminated.

The event was also attended by the president of the Generalitat, Pere Aragonès, who took the opportunity to vindicate the history shared by the Sagrada Familia and Catalan popular culture.

"What the Sagrada Familia represents for the people of Catalonia and for the city of Barcelona cannot be understood without the participation of its citizens," he said.