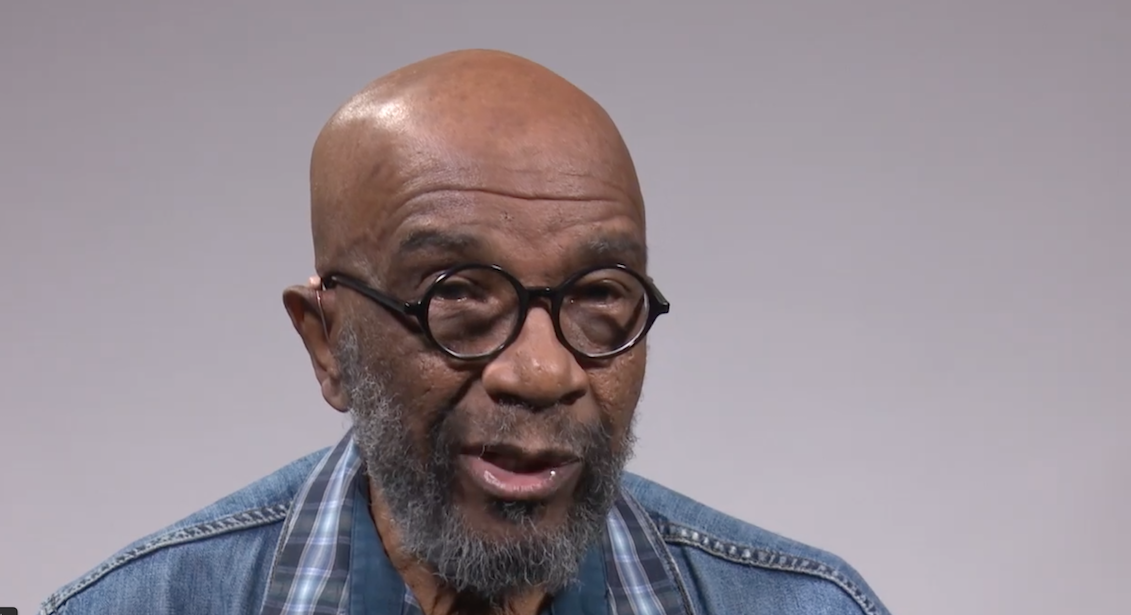 Brooker was a multi-hyphenate talent: an educator, painter, and civic leader well-known in the Philadelphia area.

The artist Moe Brooker passed away at age 81 earlier this month, on Jan. 9, after a brief stay at Mercy Fitzgerald Hospital.

Brooker was a nationally-known leader and artist who worked as a painter, educator, and civic leader. He was a noted and influential member of the Philadelphia art community.

He was regarded as a prominent figure within the community of Philly’s Black artists, said Richard Watson, the exhibitions manager at the African American Museum in Philadelphia.

Reflecting on Black arts in Philadelphia, Watson called Brooker “a step ahead of us in terms of not secularizing his art to reflect any different kind of ethnic points of view.”

Brooker’s art was defined as abstract, said to be unique in its use of color to form abstract work. He would eventually serve as chair of the Philadelphia Art Commission.

In his Philadelphia Art Commission role, Brooker would guide the city-charter-mandated panel with care and attentiveness.

The abstract art produced by Brooker was often composed of different shapes, patterns and lines highlighted by his vibrant use of color.

The painter grew up in South Philadelphia as the youngest of seven children. In 1963, he received a certificate in painting at the Pennsylvania Academy of the Fine Arts.

He earned both his bachelor’s and master’s degrees in fine arts from the Tyler School of Art at Temple University.

The painter found form as an educator, moving through courses at a number of institutions. Brooker had taught at the Cleveland Institute of Art, the Pennsylvania Academy of the Fine Arts, the Tianjin Academy of Fine Arts, and the Moore College of Art and Design among others.

Ending his impactful time as an educator, retiring in 2012, it has been said that many students would end up remaining in touch with Brooker after graduation.

Brooker’s work has been displayed in a variety of public collections. He has received a number of awards and acknowledgements such as the 2011 Legacy Award from the African American Museum in Philadelphia.

On Jan. 22, a private funeral was held for Brooker at the First African Baptist Church. A public memorial is being planned for a to-be-announced date in February at the Pennsylvania Academy of the Fine Arts.

Growing up, Brooker’s father was a minister. Some of his earliest influences were formed through family, the expression of the Black church and its connection to his family.

Brooker was once quoted as saying his work explored “the joy of the human spirit.”