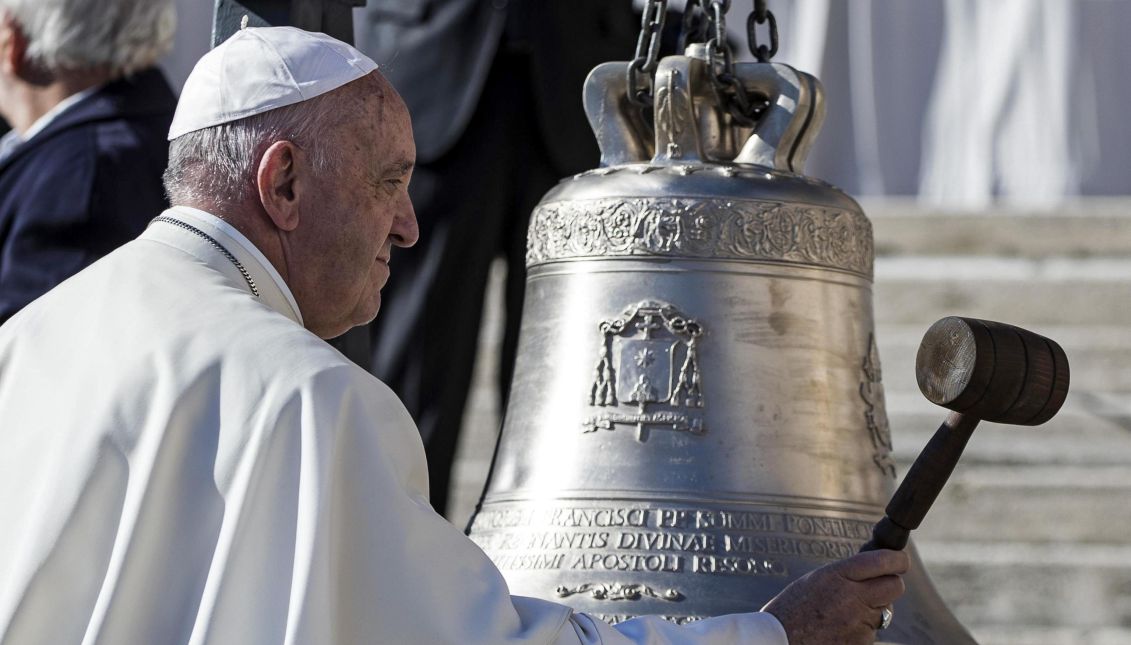 Pope Francis rings a bell that was donated to him during the general audience in S. Peter Square in Vatican City, Nov. 8, 2017. EPA-EFE/ANGELO CARCONI

Pope Francis took the decision on the grounds that no benefit derived from the sale of tobacco can be justified if it is costing people their lives.

Whether you are Catholic or not, it can't be denied that pope Francis has a strong personal style.

On Thursday, the Argentine pontiff announced his decision to ban the sale of tobacco in the Vatican City as of next year.

Pope Francis took the decision on the grounds that no benefit derived from the sale of tobacco can be justified if it is costing people their lives.

Until now, employees and pensioners of the Vatican could buy cigarettes at a discount in the supermarket located in the Papal State, which was a source of income for the Holy See.

"However, no benefit can be legitimate if it is costing people their lives," said pope Francis, according to the Vatican's press office, Greg Burke.

The Vatican spokesman said that according to the World Health Organization tobacco causes more than seven million deaths a year worldwide.

Historically the Catholic Church, like society in general, was very tolerant of tobacco and even saw its consumption as something natural, reported Spanish newspaper La Vanguardia.  It was a socially and culturally accepted habit.

There were very venerated saints who were heavy smokers, like Saint John Bosco, founder of the Salesians. Padre Pio, whose image is present in half of Italy and whose sanctuary receives pilgrims from all over the world, inhaled tobacco. Paul VI had been a smoker, although he quit.