Skip to main content
LIVE STREAMING
No video provider was found to handle the given URL. See the documentation for more information. 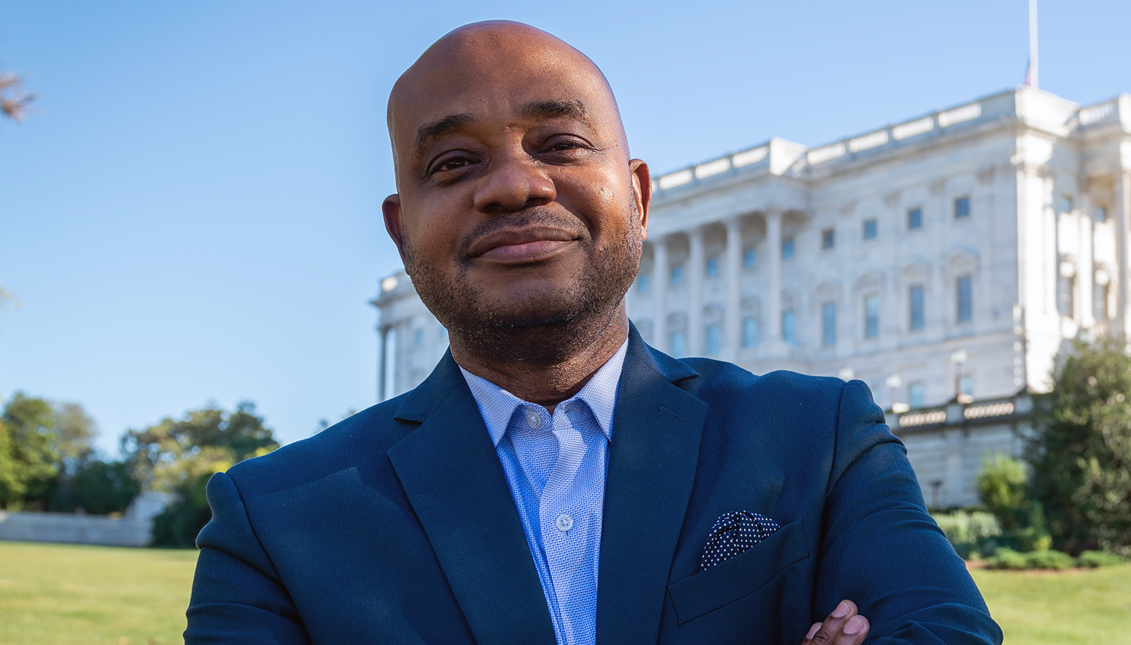 Murillo came to the United States 22 years ago. She returned three years ago and continues to work in defense of the human rights of Afro-descendants and their communities in Colombia.   Johnny A Yataco/AL DÍA News

Luis Gilberto Murillo, Afro-Colombian leader, talks about the crisis in the region and the connections between Afro-descendants and indigenous people to care…

On Feb. 18, António Guterres, UN Secretary General, warned that “the world is not fulfilling its commitments to limit environmental damage,” indicating that climate change, pollution and loss of biodiversity represent a serious threat to humanity.

It does not seem anything different from what has been heard insistently for years, but different sectors are thinking of effective solutions to that panorama. One of these solution projects is led by Luis Gilberto Murillo, the first Afro-Colombian part of the team at the Environmental Solutions Initiative, as visiting scholar in the Martin Luther King program of the Massachusetts Institute of Technology (MIT). As part of a group of researchers, he is focused on a project that seeks to understand and help solve the living conditions of Black communities on the continent, what their contributions have been in favor of the environment and how they can connect to help the planet mitigate the environmental crisis.

Murillo came to the United States about 20 years ago, not precisely because of the environmental crisis, but because of the war in his country. Since then, he has carried out an intense agenda in the United States to draw attention to the critical situation of Afro-Colombian communities and to obtain political and financial support for them to have better living conditions. In Colombia, the Afro-descendant population totals almost 10 million and a good part lives in regions historically abandoned by the State and under constant pressure from armed groups in the various types of violence in the Colombian conflict.

Today he lives in Washington and Boston (Cambridge), where he returned after spending almost seven years in Colombia as governor, presidential adviser and then as minister. He came to the United States for the first time in 2000 after being kidnapped by a far-right paramilitary group. Here, he concentrated on telling what was happening in Colombia, and specifically to Black communities. He toured several cities and made contact, among other personalities, with the Reverend Jesse Jackson, from whom he received support and advice to achieve his goals as a human rights defender.

He now tends to those two fronts: the human rights of his people and the environmental crisis of the continent. AL DÍA NEWS spoke with him to learn about the project he is carrying out at MIT, the scope it has, the hopes for the region and the relations between the United States and Latin America.

What is your task at the Environmental Solutions Initiative?

The Initiative brings together the different departments of MIT to produce, work, create and innovate solutions to environmental challenges. There I do analysis and research on the intersection between environmental and climate policy and improvement of the living conditions of ethnic populations in the Americas, and how it impacts issues of peace and security, particularly in Afro-descendant populations. 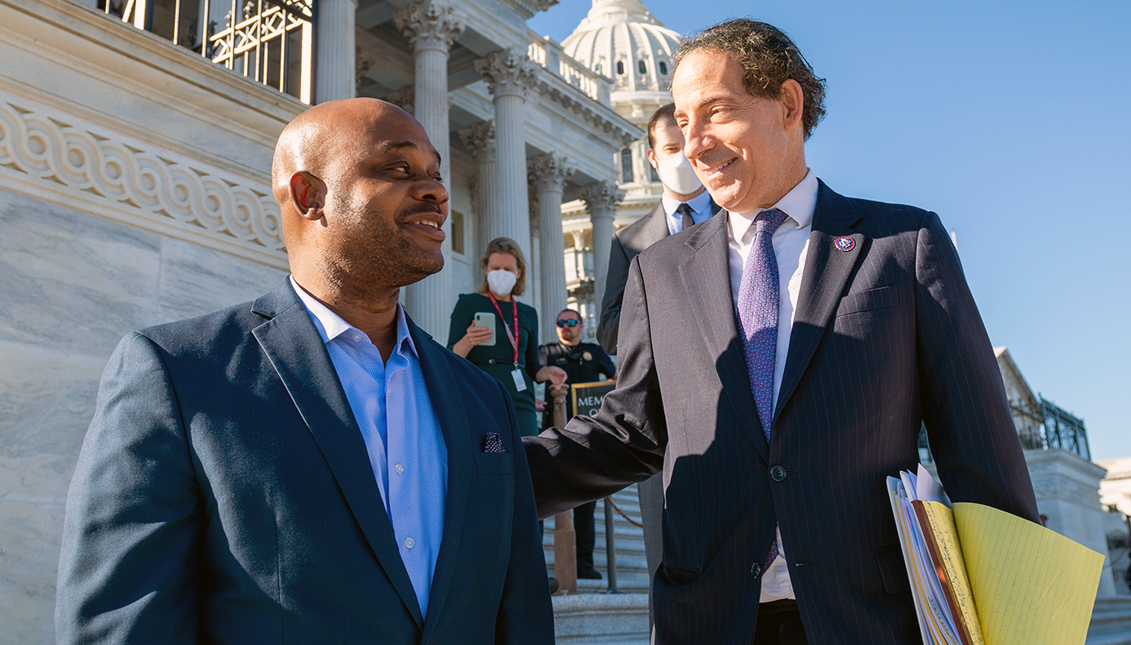 He is the first Colombian and Afro-Latino to be part of the prestigious Martin Luther King Program at the Massachusetts Institute of Technology (MIT).  Johnny A Yataco/AL DÍA News
Contribution of Afro-Descendant Communities
What conclusions have you reached?

We developed several investigations to establish achievements and challenges of collective titling of territories to Afro-descendant communities in the Americas. In the case of Colombia, how these territories, where there is a presence of these communities, have a very good environmental performance: they prevent the loss of biodiversity, which is one of the great crises in Latin America. But these communities are not recognized for that contribution. We have looked at what models and how they can have mechanisms that generate trade-offs so that they can be compensated  with different economic instruments, for example, income from the sale of revenues from the sale of carbon certificates in these emerging environmental markets.

What common ground have you found across the continent?

With a team we created the concept ‘Afro-descendant natural belt of the Americas.’ We have conceived it as the cord where the Afro-descendant horseshoe is: part of the northeast of Brazil, passes through Suriname, Guyana, Venezuela, comes from the north of Peru, Ecuador, Colombia in its coastal part, they join in Panama, they go up through the continental part and insular of the Caribbean and takes the south of the United States.

We designed that concept and now we are going to implement the project ‘Environmental equity and racial justice in the Amazon and the Afro-descendant natural belt of the Americas: Strategy for environmental management and regional and global awareness’. One of the reasons is because there are serious problems of injustice and inequity. These are strategies for local work, but also for influencing public policy makers at regional and global levels to scale up public policy innovations and influence structural changes.

In that sense, how does your work transcend in practice?

For example, for the first time in the framework of a climate summit, the COP26 to be held in Glasgow in early November, we are convening with MIT/ESI and Congressman Gregory Meeks, Chairman of the Foreign Affairs Committee of the U.S. House of Representatives, and other organizations, a dialogue of leaders working on these issues related to the Afro-descendant population and climate change. We plan to create the Afro-American Climate Change Forum, where local leaders, community innovators, scientists, policy makers and business people will sit down every year to discuss and define actions and strategies from the perspectives and interests of these communities. 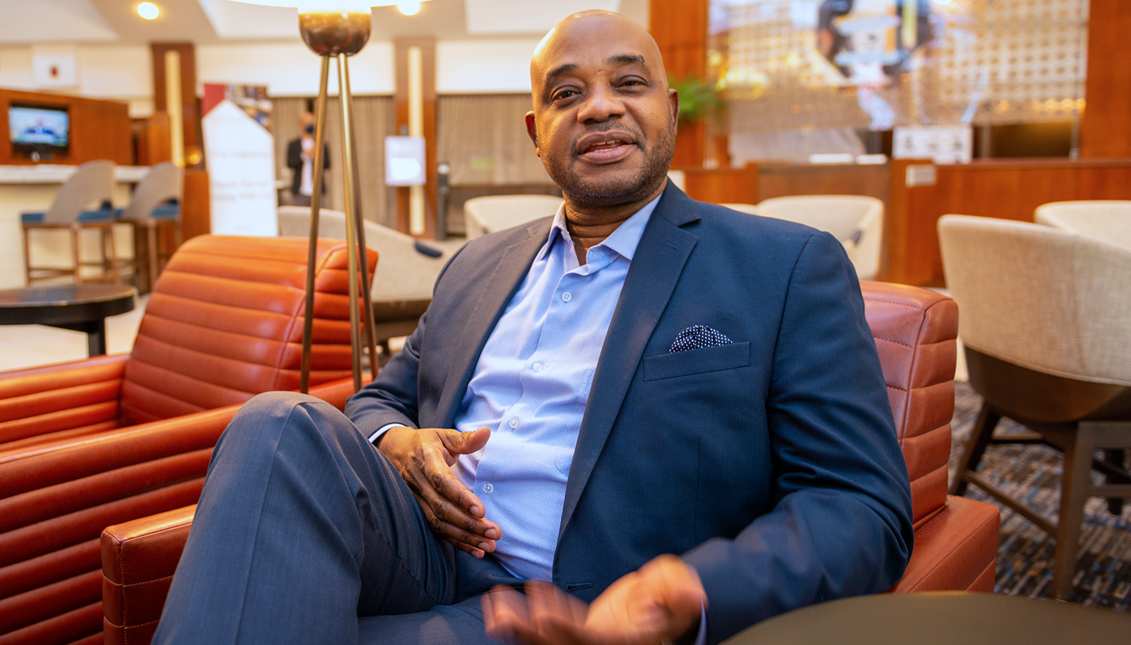 With a team from MIT’s Environmental Solutions Initiative, he works to find solutions to environmental degradation by improving the living conditions of the continent’s Afro-descendant communities.    Johnny A Yataco/AL DÍA News
In your case, what is the feeling of the work carried out by this MIT project?

I am very happy because that issue was put on the agenda, the Environmental Solution Initiative already has a specific project and there will be a platform to amplify the voice of these communities in the climate discussion. The most interesting thing is that their life, that of the Afro and indigenous communities, depends on the territory and ours on that dependence on the territory and these communities. This role of the communities in Latin America and also in the United States is not known. They are invisible communities and they really are central to any solution that you want to give. It is an ambitious challenge and we have two more years of work. And the other thing is that the solutions do not necessarily have to be technological. We have a lot to unlearn about how we have had bad behavior in relation to nature and consumerism in our society. And much to learn from indigenous and Afro-descendant communities that are in these ecosystems. There is a whole dialogue of knowledge there, which is also what we want to promote at MIT/ESI.

When you were Minister of the Environment in Colombia, what impacted you the most about contact with the communities?

What caught my attention, and that applies to Latin America and the Caribbean, is that with all that cultural and natural diversity our country has not based its development on those assets. Latin America and the Caribbean is the region that has close to 50 percent of the world’s diversity, but it has not taken advantage of that to catapult itself, because we are very aware of copying models, not walking our own path and innovating. It also struck me that the problems of these communities and their demands were very similar. The people wanted to have their right to land defined, to have their forms of production respected, to be listened to and to solve basic problems such as education, health, housing and drinking water.

Latin America Is Not A Priority For The United States
What is the most difficult environmental challenge to solve for Latin America?

We are still destroying natural assets with the understanding that it creates wealth. And obviously, if assets are destroyed, the means to create wealth are destroyed. The highest greenhouse gas emissions are associated with changes in land use and deforestation. A first great challenge is to control the deterioration of ecosystems. The second is how to guarantee access to land for the communities that can protect those assets. And the other has to do with the poverty and exclusion of many people, which is what drives them to generate this change in land use and deforestation, because behind that come speculation circuits. 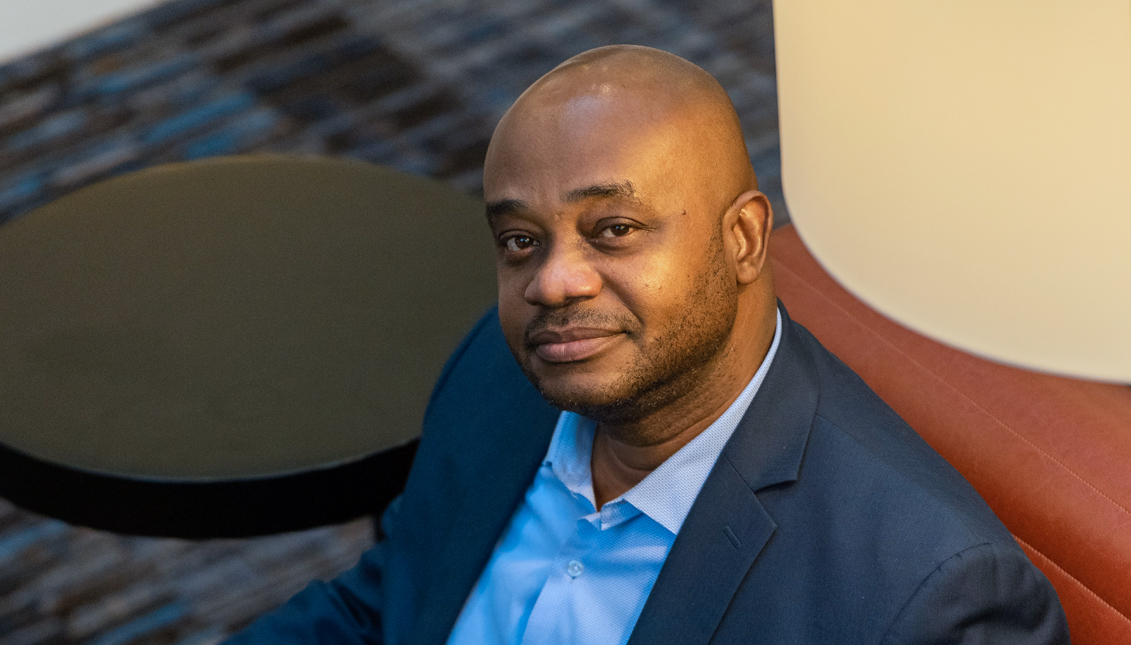 Murillo considers that one of the great challenges in Latin America is to guarantee access to land for Afro-descendant communities and indigenous peoples  Johnny A Yataco/AL DÍA News
How does Latin America feel from the United States?

Latin America always gains importance because of the role of the Latino community in the political context of the country. In the Biden government, the participation of Afro-descendant public leaders has increased greatly and the participation of Latino leaders who did not see themselves in such important positions has increased much more. However, policy towards Latin America, which was not a central issue in the Trump administration, today has focused almost exclusively on immigration issues and is neglecting a series of important dimensions in which it should collaborate with the region. There is, then, the paradox of greater Latin representation, but, at the same time, Latin America as a whole is not a high priority bloc for the country’s foreign policy.

There is a serious political, social and economic crisis in the region. How can the path be made straight?

The Latin America and Caribbean region has to return to the authenticity of its solutions, because it allowed itself to import solutions that do not adapt to our context. On the other hand, he has to overcome the aftermath of the Colony. Latin America has not been decolonized, it is still a very hierarchical region, in terms of socioeconomic class, race, ethnicity, surname, region, which is absurd in the 21st century. That doesn’t let you unlock your potential. Until that changes it will be very difficult. That requires purposeful leadership to do so and we don’t see much of that intention, especially in a region that is still heavily dominated by them and by an elitist establishment. This also requires a lot of technical rigor that is reflected in public policies. And it has to give space in its institutional arrangements to many populations and sectors to which it has not given space. And in this case, the Afro-descendant and indigenous populations.