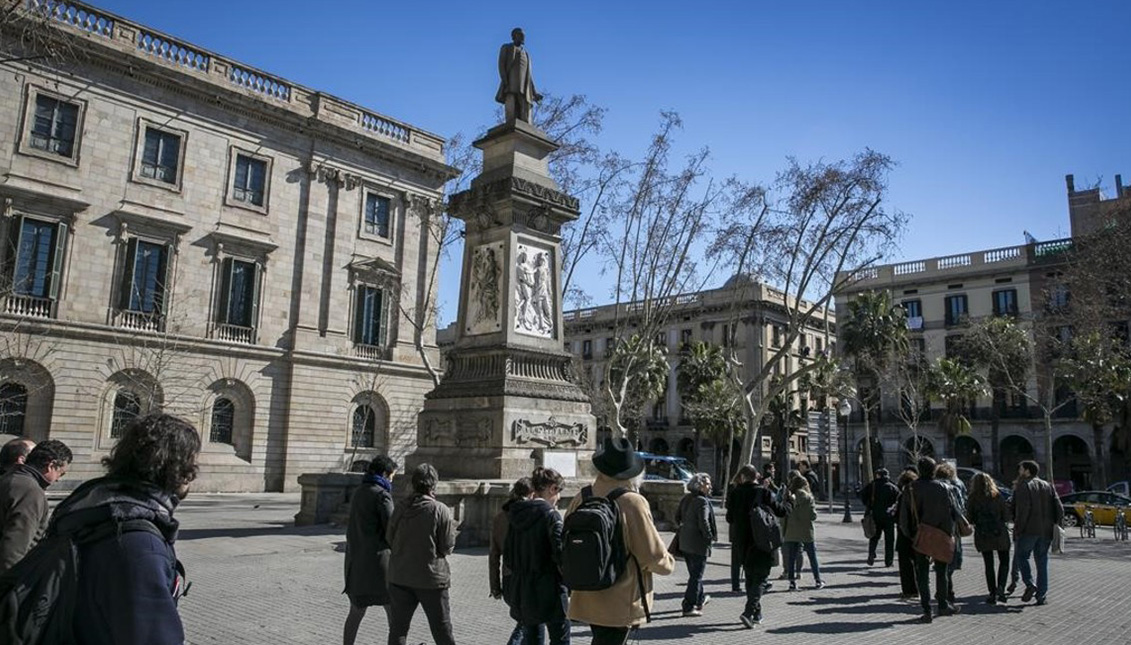 "Whoever wants to buy a black woman of 18 years old, who knows how to sew, iron and wash, should go to the office of this newspaper, where they will inform you with whom to confer", published in 1799 the Diario de Barcelona on the same page where it announced the sale of horses and leeches.

In Spain, the slave trade dates back to Antiquity and continued during the Middle Ages - it is known, for example, that the Encants Vells in Barcelona, today visited by thousands of tourists at its new design building, was a second-hand slave market. However, it had its apogee in the 19th century, even after its abolition in 1880, due to pressure from the British, Americans and French when all of Europe was already a slave-free zone.

In fact, even then they managed to keep the conditions of slavery on the Cubans - Cuba and Puerto Rico were Spanish colonies until 1898 - and created a law by which slaves could become "freedmen" through payment.

The port of Cádiz in Andalusia - in the south of Spain - and Barcelona were two of the slave-trading enclaves, and the latter, which today is recognized by all as one of the fashionable European capitals, was the headquarters of the Barcelona National League, a slave-trading party that fought against the abolition of slavery in Cuba. Some important abolitionists had to deal with groups like this one, like deputy Rafael María de Labra, who was Cuban and whose anti-slavery in colonial times earned him great enmity on the island, and a price on his head.

Although there were various types of slavery, the one from the Modern Age were military captures - in the 16th century there were around 80,000 slaves in Andalusia - and the triangular trade, where the English were "masters" and which filled Spanish coffers during the 19th century through the Atlantic routes that brought African slaves to the Antilles to work on the plantations.

According to anthropologist Gustau Nerín, author of Traficants d'Ànimes, and specialist in Spanish colonialism, Spanish slave traders made their living during the 19th century by selling African slaves in Cuba, Puerto Rico, Brazil and the United States.

A few years ago it was still common to find statues in Barcelona such as that of the Marquis of Comillas, a well-known merchant, which was removed in 2018 by the mayor, Ada Colau, despite the controversy over whether Comillas was really a slave-driver or not.

Curiously, Comillas married his daughter to the son of one of the richest families in the city, the Güells - who built the iconic Casa Güell or the Palau Güell, two emblematic places in Barcelona and whose architect was Gaudí. The black legend - a legend because even researching this subject today can cause problems for a historian and is quoted in Eldiario.es - is that Joan Güell worked with slave labor for a time, since a large part of the modernist furniture and ebony used for major architectural works such as the Palau Güell came from the Antilles, from Cuba, from the slave trade.

In newspaper clippings from the mid-nineteenth century you could read ads like these: "A black woman who has just given birth is for sale, with abundant milk, an excellent washerwoman and ironing machine," or "A black woman is for sale because her owner does not need her."

Some of the greatest fortunes today, with great influence in the social and financial spheres of the country, are descended from slave drivers. Although no one is to blame for the crimes of their ancestors, the racism that still prevails in Spain hides the long, silent shadow of a slave-driving past that few dare to make public.

Spain, like many other countries, has a selective historical memory.