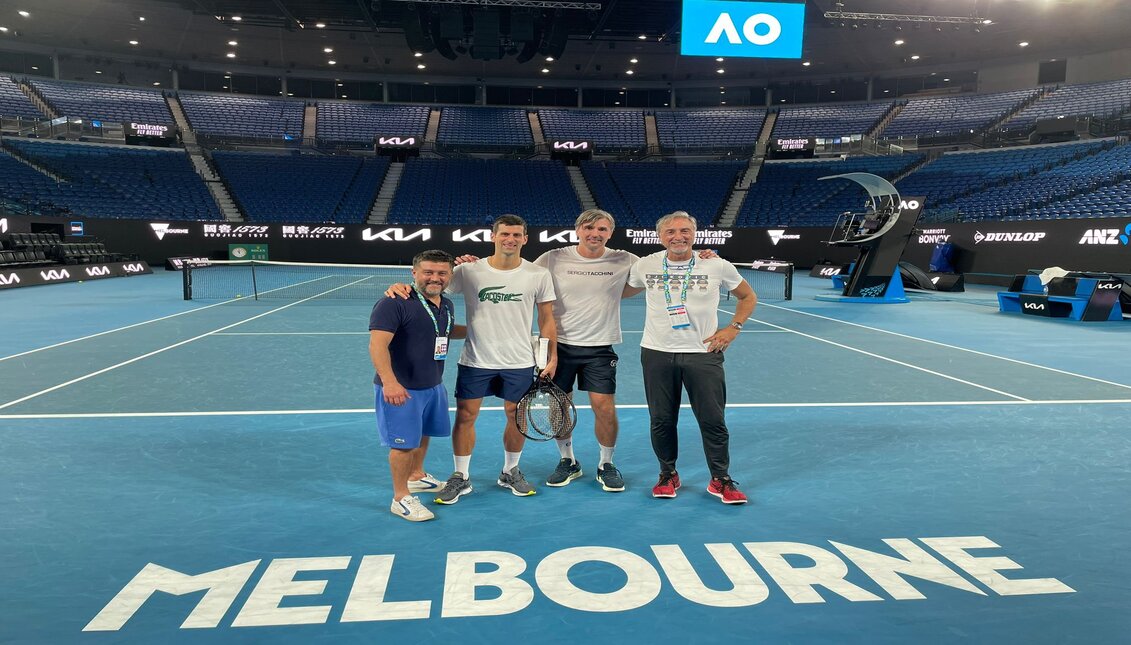 The smile of a man that might be allowed to defend his title. Photo: @DjokerNole.

Djokovic case: Reactions to his legal win in Australia

Tennis fans are waiting for a definitive confirmation on whether the Serbian star can compete in the tournament.

“When traveling to Melbourne, it is clear that Novak Djokovic believed that he had been granted a medical exemption necessary to comply with the entry regulations. The series of events leading up to Monday's court hearing have been damaging on all fronts, including Novak's well-being and preparation for the Australian Open. Player medical exemption requests are made independently of ATP; however, we have been in constant contact with Tennis Australia to seek clarity throughout this process. We welcome the outcome of Monday's hearing and look forward to some exciting tennis weeks ahead,” reads an ATP statement following a decision by a judge in Melbourne to overturn the cancellation of the Djokovic's visa.

After the order was given, the number one player in the world celebrated with his fans through social media, announcing that his only objective continues to be to participate in the Australian Open and defend his title. Following his departure from the hotel where he was held in recent days, while appealing an expulsion order against him, Djokovic immediately went to the organization's training grounds in Melbourne.

I’m pleased and grateful that the Judge overturned my visa cancellation. Despite all that has happened,I want to stay and try to compete @AustralianOpen
I remain focused on that. I flew here to play at one of the most important events we have in front of the amazing fans.  pic.twitter.com/iJVbMfQ037

As he left the drama behind and returned to his natural habitat, the tennis world reacted to his possible participation in the first Grand Slam of the year.

His most fervent rival, Spain's Rafael Nadal, who recently invited him to get vaccinated, highlighted that the situation seemed perfect and correct at a press conference.

“Justice is what has to speak in this case. I am always an advocate for justice. A circus has been set up. Regardless of whether or not he may agree on some things with Djokovic, if justice has said that he can participate in the Australian Open, it is that it is the fairest thing," he stressed while joking that for him, it was better if he did not play.

Another Spaniard, Feliciano López, who was defending the Serbian's case on social media during the weekend, celebrated the judge's decision on Twitter.

The American John Isner called on Djokovic, in a humorous tone, so that now "he wins the tournament and never returns to this town."

Only thing left to do is win the trophy again and leave town never to return, a la CM Punk.

Retired Croatian player Ivo Karlovic put aside the rivalry between the two nations and celebrated Djokovic's return to the court.

His mother, who declared that this is the most important victory in her son's career, including the Grand Slam crowns, recently denounced the poor conditions her son was put in, as shared by the former tennis player and commentator Jose Luis Clerc.

What's next in the case?

Lawyers for the federal government warned the court that for now, not everything is done, as the country's immigration minister, Alex Hawke, reserves the right to exercise his power to revoke the tennis player's visa again.

Judge Anthony Kelly, who agreed that the Serbian's case was riddled with irregularities, also stressed that if Djokovic's visa is canceled again, he would not be able to return to Australia for three years.