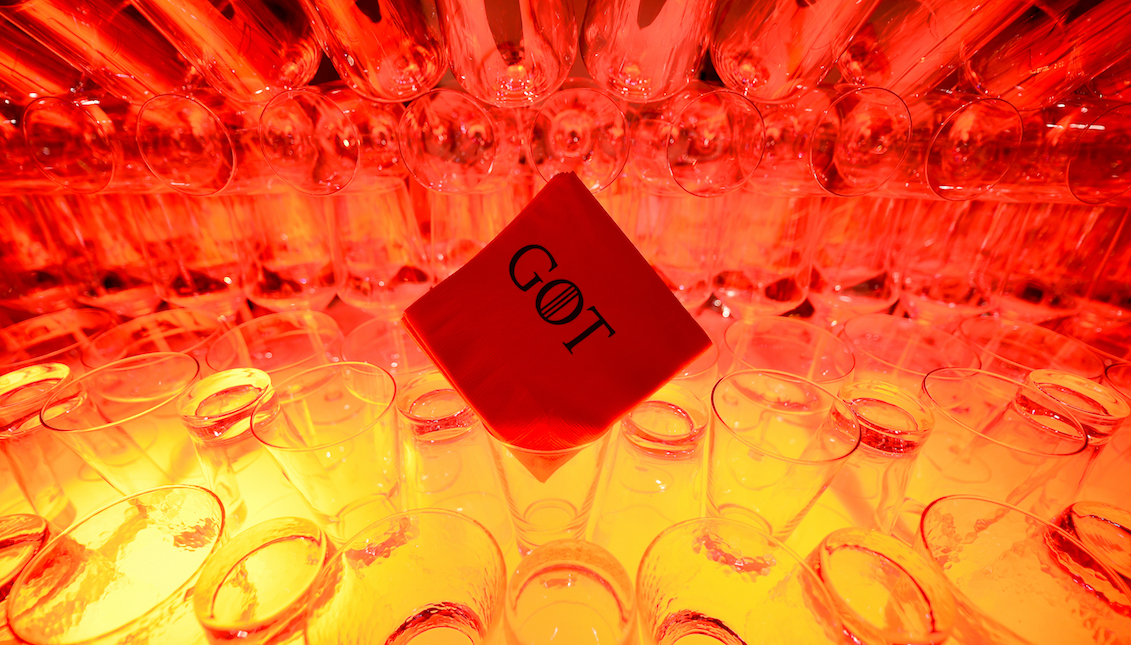 Game of Thrones, the last series that will unite us "in streaming" as a global community

Our hearts are aching. The last series of the golden age of television is over.

Even with the mediocrity of the last two seasons, Game of Thrones is the series everyone talks about.

The strength of a story that reflects on the power and bites its tail like its dragons takes us to the end of the golden age of television series and the global communion of live streaming this Sunday.

Since 2011, Game of Thrones has harvested an immense legion of followers, creating an almost messianic pop culture around well-built characters, power speeches, well-worn sensationalism, and pacts with the fantasy that no other previous or later television program can replicate, at least, in the immediate future.

When Game of Thrones debuted eight years ago, the marketing strategy of broadcasting full seasons had not yet arrived nor was it imaginable.

It was two years before Netflix - the experiment to see everything bedridden at home – and, although it was possible to watch Game of Thrones with an HBO Go account, the public had to wait until Sunday night to watch it.

This turned watching an episode into a television event, a communion.

To watch Game of Thrones was the new way to go to mass: instead of prayers and hosts, the brands sold whatever was closest to the series itself, a kind of host consecrated in ice and fire in the form of marketing and consumption.

No brand resisted, not even the GOT brand itself.

As the seasons progressed, the narrative of the series and the need to know more about the plot (or avoid spoilers on early Monday on Twitter) were other of the significant needs to meet and watch the series on time, to share decisive episodes such as the Red Wedding.

These episodes generated neuromarketing studies around what we felt while watching them and questions like "is Game of Thrones a drug?"

Usually when an episode of the series ended - even when the real world was falling apart - Game of Thrones dominated digital trends and chats everywhere.

This power is mercenary, comes to us from a previous time and has been inherited by our culture, by virtue of starting a different era but with ancestral values: Game of Thrones has reflected the perfect step from analog to digital.

Its commitment to viewers - that so-called engagement - resides there in the atavistic, as well as in its story. If the new science fiction dramas or even the prequel to Game of Thrones get to be big hits for HBO, they probably won't have the same impact.

Perhaps that is the reason why millions of people, or at least those who have signed a petition to redo the last season, are upset.

The path of the ‘Game of Thrones’ director with Argentine roots
May 17th, 2019
Around the world with Game of Thrones
April 12th, 2019

The showrunners could have made a more extended season, including more episodes, but they didn't want to.

The twists in the plot for characters built in 6 or 7 seasons are weak. What Game of Thrones had promised in its beginnings - the abandonment of the typical plot in which the protagonists were rewarded for doing the right thing – have been dismissed and gone back to the pink plot in this season, creating characters increasingly predictable and coherently boring.

I'm sorry, but I hope Daenerys crazily reigns as a totalitarian.

The genius of Game of Thrones was that you amassed power as in the era of fake news, it was a sort of communion to understand power today: the series as parallelism.

It wasn't only about the viewers; it was also about the brands, the governments, Trump and his tweets. But the main reason is that, at the end of the show, we are forced to leave the world to which Game of Thrones kept us chained: the world of streaming communal television.

It makes us reflect on the fact that we were part of something; that we belonged.

We complained about it without consequences. We loved or hated together like Jon, Sansa, Daenerys, Cersei or Tyrion.

On Sunday night (or Monday morning, depending on the part of the world where you are), the only way to fight in Westeros is through television pilgrimage. We will love the epic in communion, one last time.