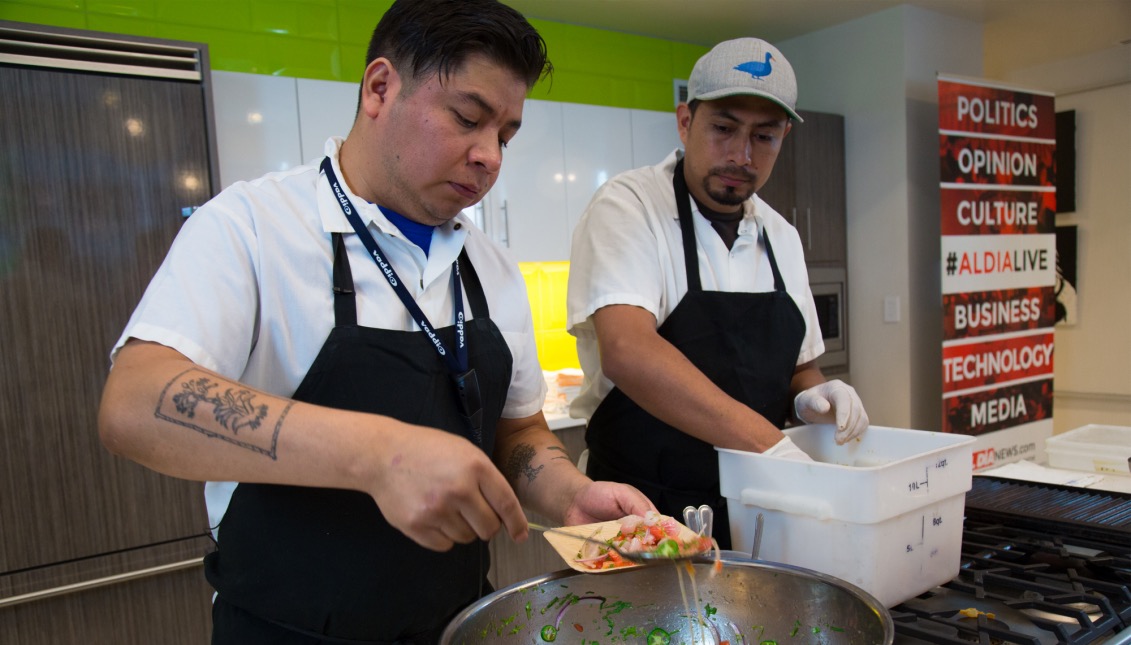 The series of dialogues "Meet the Chefs Transforming the Philadelphia Cuisine" came to end this year with a special guest, Mexican chef Adán Trinidad.

The 2017 version of the series “Meet the Chefs Transforming the Philadelphia Cuisine” came to an end this Tuesday with the participation of Mexican chef Adán Trinidad - co-owner of Sancho Pistola’s and José Pistola’s -, who surprised 40 guests with two of his stellar recipes: Mahi Mahi Ceviche and some delicious and unique tacos al pastor that had, instead of pork, lots of shrimp.

For about two hours, the audience had a chance to have a pleasant dialogue with Trinidad, who not only shared some of his culinary secrets, but also his story of how he became chef.

With “Meet the Chefs Transforming the Philadelphia Cuisine” AL DÍA News aims to highlight the growing Latino influence on the local culinary scene. Thanks to the support of Independence Blue Cross, chefs such as Ted Torres, Jen Zavala and Adán Trinidad.