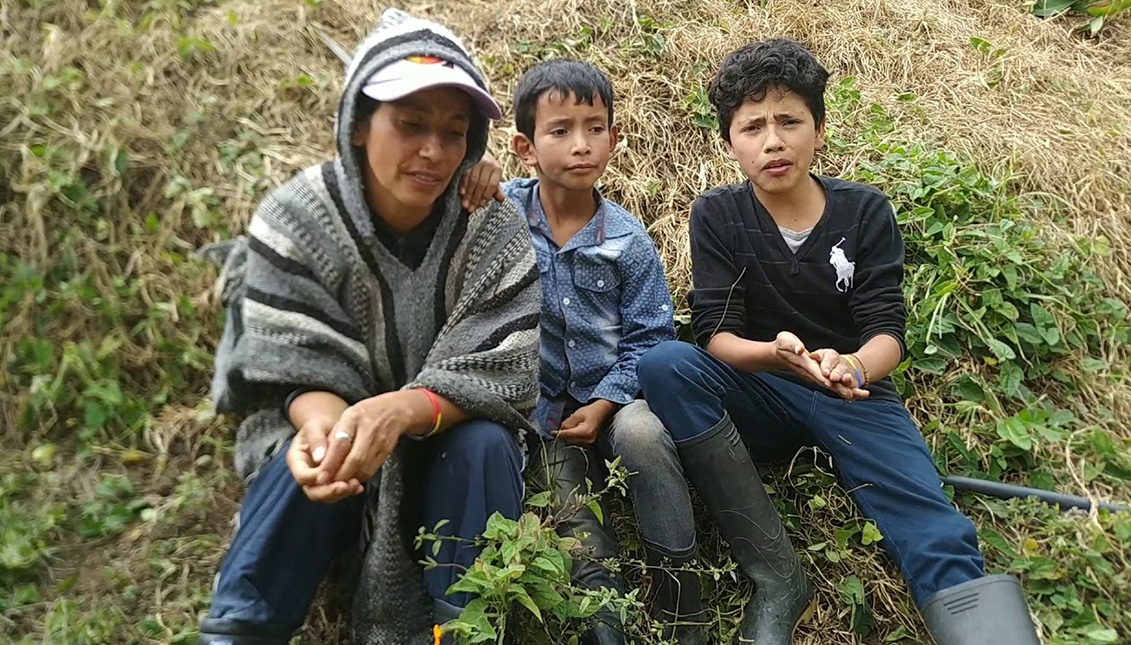 From a small Colombian village, the Gaonas had a great idea to combat the crisis in the agricultural sector. Their secret? Think green.

If there's one thing the Gaonas know about, it's orchards. They've been doing it all their lives. However, the economic crisis resulting from the COVID-19 pandemic seriously threatened them and many other Colombian farming families, especially because of the drop in the price of agricultural products.

Instead of panicking, Nubia Gaona had a great idea to get her two children through.

"You know what? We will teach the families of the world how to make a garden in their homes," she told them.

Now their YouTube channel, which she created with little Jeimer and Arley David, already has over 100,000 subscribers.

"Our family and other families decided to join with the Savannah Garden to make a YouTube channel to teach them how to make a garden in our houses or apartments," she said in her first video, a resident of the municipality of Chipaque, in Cundinamarca (Colombia), a humble area of the country far from the noise of the city, and also from the chaos of the pandemic.

In each video that the Gaonas upload, they explain some work related to agriculture that might be of interest to a plant-loving urbanite, such as the best way to grow fruit and vegetables.

"Let's make this viral and no one has to go to bed without eating. We're going to have fun at home learning these beautiful Colombian farm chores,"  the children say in these endearing and very useful videos, which represent how the ancestral knowledge of rural people is helpful, even in the asphalt giants where we pass the quarantine.

But the Colombian woman's nose does not only stay in the audiovisual. Nubia also launched planting kits for sale.

"If you don't have a way to buy it, don't worry. We're going to show you how to make them at home," said the now-farmer influencer.

With more than 140,000 followers on Instagram and YouTube, the Gaons can now speak without fear of having made a good harvest.

Urban gardens in the U.S.

Widespread closures and the fear of catching COVID-19 while going to the supermarket are pushing many people to grow their own fruits and vegetables at home. It's something that has happened before, in times of scarcity.

During World War I, US President Woodrow Wilson asked Americans to plant "Victory Gardens" to prevent food shortages. In World War II these urban gardens provided 40% of the country's food.

More than two-thirds of the world's population is expected to live in cities by 2050, according to the United Nations, and urban gardens could become the world's new form of healthy food and livelihood. Are they up for it?