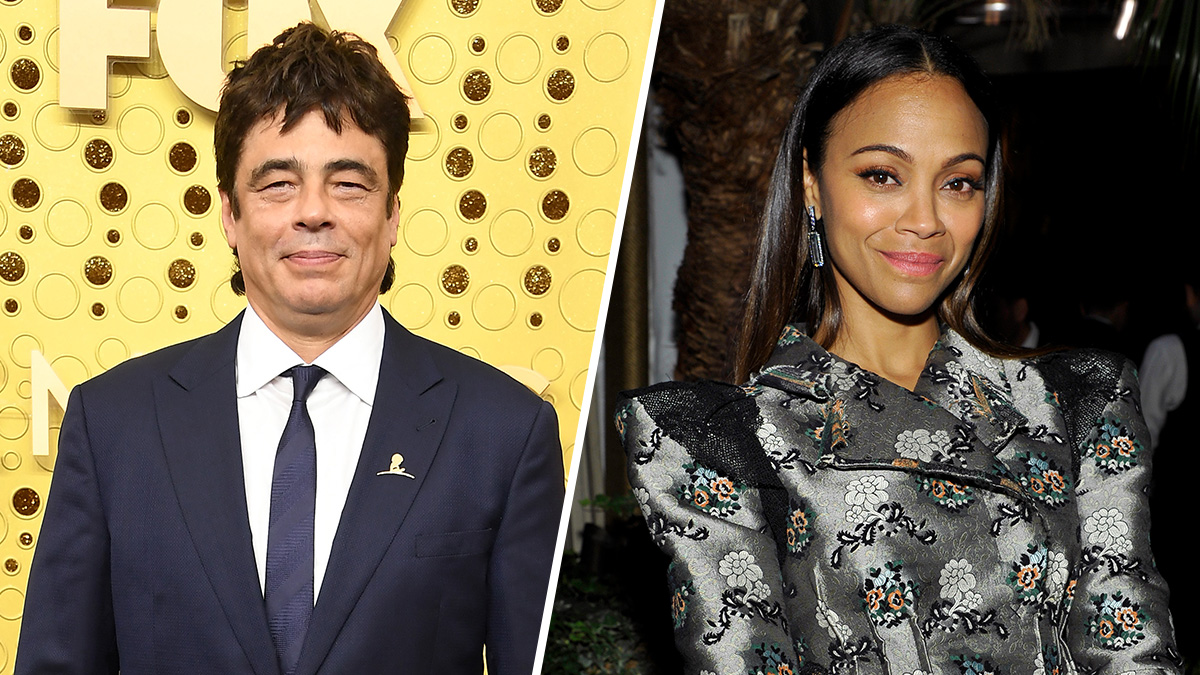 In response to misinformation about the COVID-19 vaccine in the Latino community, actors Zoe Saldana and Benicio del Toro made an informative video.

Misinformation and fears surrounding the COVID-19 vaccine seem to grow every day on the internet and social media.

The risk of not getting vaccinated is becoming more and more common within the Latino community in the United States. Faced with this challenge, actors Benicio Del Toro and Zoe Saldana have created an informative campaign that debunks the myths that have been generated around the vaccine.

Del Toro's close experience with the virus last year encouraged him to learn about the process of frontline caregivers and the health situation. Del Toro lost his uncle to COVID-19, and his brother is the medical director of a New York hospital who also contracted the virus while fighting the pandemic. In December of last year, when the news about the vaccine began to appear, the actor understood that this would be the tool to combat the health crisis. The actor's concern returned when he learned of the low vaccination rates in Latino communities.

"When I asked him [my brother] why, he told me that one of the reasons was the lack of accurate information and the lack of dissemination," said Del Toro.

The news motivated him to generate a bilingual campaign to combat the next problem: misinformation. Actress Zoe Saldana quickly joined the project to encourage more Latinos to get vaccinated.

A recent Voto Latino poll confirmed that 24% of Latinos said they would not get vaccinated, while an additional 23% said they were unsure. The disproportion with which Latinos and other communities of color contracted the virus, suffered complications, and died from COVID-19 in the last year has led public health officials to push for equitable distribution of vaccines.Together with SOMOS Community Care, the actors have created a campaign video to counter conspiracy theories and myths about the vaccine.  Some of the questions the actors seek to address for the Latino community are: "What are the side effects of the vaccine?" "Can I get the vaccine if I am undocumented?" and "Will the vaccine change my DNA?"

According to a study published in the journal, Proceedings of the National Academy of Sciences, the rampant way COVID-19 has killed members of the Latino community since the start of the pandemic, despite age and at a rate nearly three times that of the nation's white population, has led to a reduction in the overall life expectancy of Latinos — three times that of whites.

The videos made will be distributed through the Momento group and SOMOS community care networks, which provide health services in New York.

"Our intention is not to tell people what to do. We just want to get the word out about vaccines and then let people make their own decisions." they conclude.