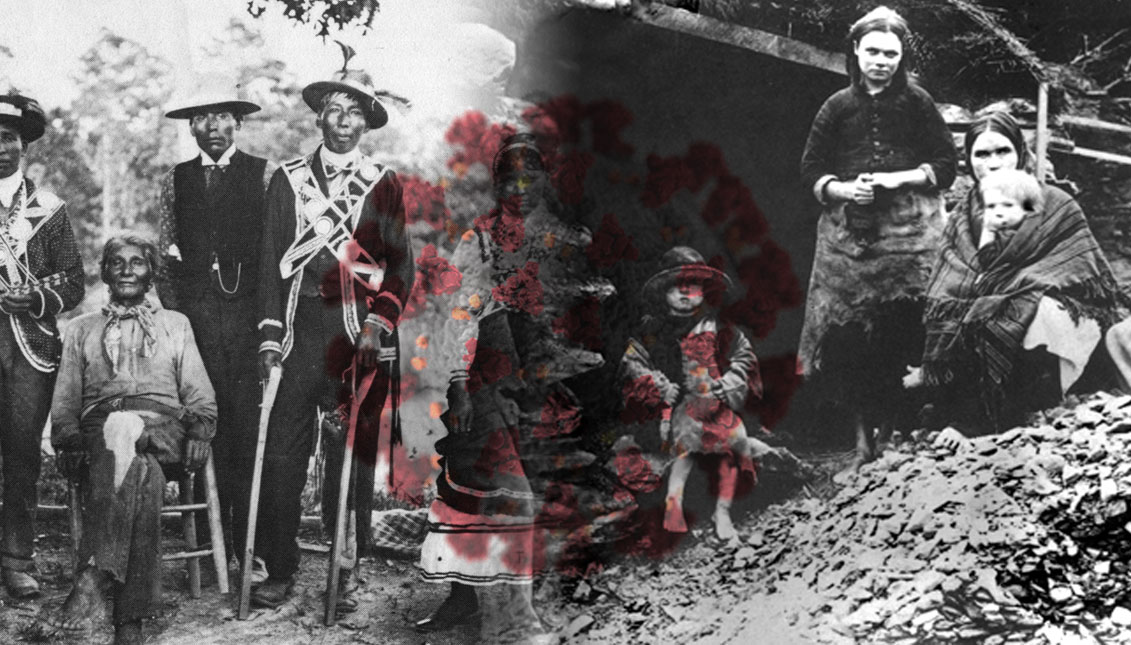 They are separated by over 4,000 miles. However, the Choctaw Nation and Ireland have much in common.

COVID for potatoes: Historic debt unites Irish and Navajo in time of pandemic

Thousands of Irish donors have set out to help the Navajo Nation overcome the COVID-19 crisis. The reason? "Iyyikowa."

The Choctaw Indians have a special word for helping others selflessly: "iyyikowa."

Since both the Navajo and Hopi nations started a GoFundMe campaign to raise money to fight COVID-19, which has already resulted in 2,976 cases of infection and 96 deaths among the Navajo according to May 7, "iyyikowa" has become a slogan that has crossed borders and reached faraway Ireland, where thousands of people are participating as much as possible to help those they define as their "special friends".

Surnames such as Gibbons, Boyle and McDonald are at the top of the list of donors to the campaign, which last Friday raised $3.15 million of the $5 million that was the target.

But what is the strange affinity that unites two such culturally different peoples more than 4,000 miles apart? The origin of their historic alliance is as deep as the root of the potato.

The empathy of the colonized

In the mid-19th century, Ireland was experiencing one of the darkest moments in its history, known as the Great Famine. Plagues and poor potato harvests caused the death of one million people and the desperate exodus of at least 25% of its citizens who fed and lived mostly on the plant. At the time, the country was a colony of the British Empire, which left them to their fate, starving, begging in desperate hordes all over the country, and begging for help from the landowners in a historical tragedy that would inspire Irish nationalist movements.

On the other side of the Atlantic, the Choctaw people, who were also suffering from their particular colonialist nightmare under British colonial rule, heard the story, they say, from the mouth of an Irish soldier.

The Navajos had been driven from their ancestral lands in Alabama, Florida and Mississippi by President Andrew Jackson and made a 500-mile pilgrimage to Oklahoma on what is now known as the Trail of Tears.

Over half of the 21,000 natives who began this journey of exile perished from hunger and exhaustion.

So when the Choctaw learned what was happening to the Irish, when they discovered that, like them, they had lived through horror and genocide, and had been forced by the English to erase their language and culture as well, they felt a brutal empathy for these people who were united in pain and death. They decided that they should help them and sent the equivalent of $5,000 today to buy food, cattle feed and blankets.

"There is a symbiosis of what it means to be a colonized people and to have experienced cultural trauma," Goldsmith University professor Padraig Kirwan, author of the book Famine Pots: The Choctaw Irish Gift Exchange 1847-present, told Time.

For Kirwan, the Choctaw's "gift" to the Irish was a way to convey to them a perfect understanding of what they had "lost."

Almost two centuries later, Ireland, which is in a better position to deal with the COVID-19 pandemic, has decided to pay its historical debt in an act of "iyyikowa".

"We hope that the Irish, Navajo and Hopi will develop lasting friendships, as we have," the Choctaw tribe declared in a statement. "Sharing our cultures makes the world smaller."

The Navajo Nation has the highest rate of contagion per person after New York and New Jersey, and its territory extends 27,000 square miles through Arizona, New Mexico and Utah, surrounding the Hopi reservation.