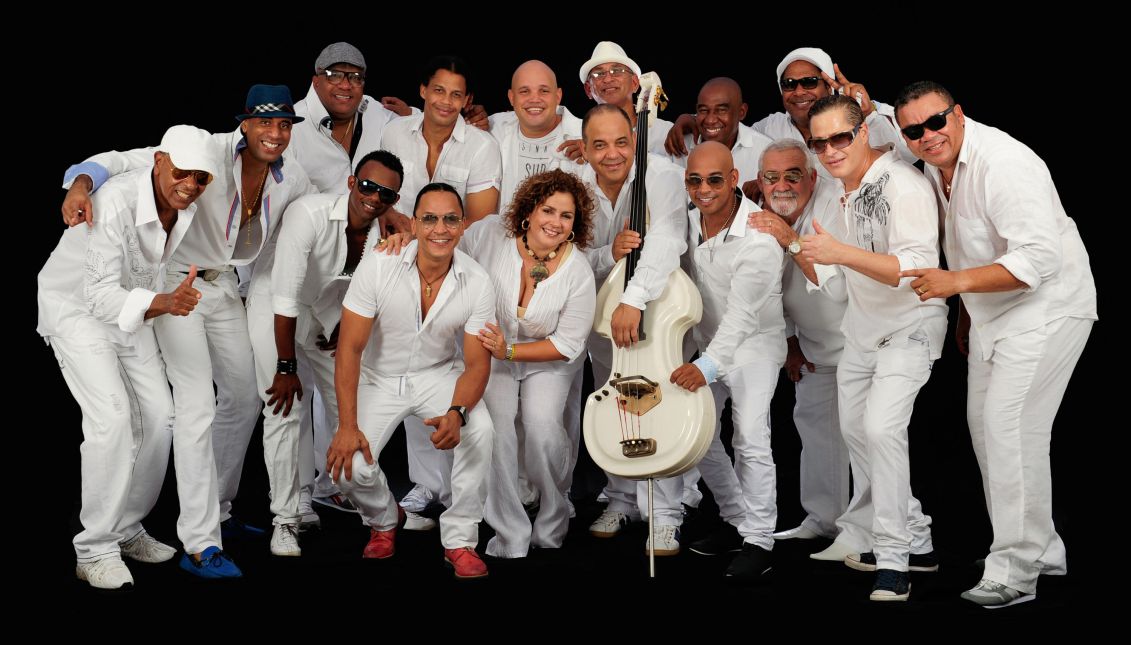 Back to the Great Old Days: Los Van Van to close US tour in New York this weekend

The legendary Cuban orchestra Los Van Van returns this weekend to New York to close its US tour featuring a new songstress and a performance of its greatest hits plus a preview of its new project bringing back songs of the 1960s and '70s.

The disc "Los Van Van Son la Patria" (Los Van Van Are Our Country) will go on sale next December, coinciding with the anniversary of the founding of what is considered one of Cuba's all-time top dance orchestras and a leading exponent of Afro-Caribbean music, it director and drummer Samuel Formell told EFE.

The artist said the group is already promoting from that album the song "Amiga Mia," composed by his father and the band's founder, Juan Formell (1942-2014), one of the songs of the 1980s rescued by this orchestra that kicked off its US tour last Aug. 5 in Miami and wraps it up on Aug. 26 in New York.

"It's a well-known number but not the way we're doing it (on the new disc). My father and I agreed it was important to recover tunes of the 1970s and '80s that are unknown by today's young people, and this song is an example," Formell said, adding that "it has been a total success" on the tour.

The disc will also include a second Juan Formell number, the unpublished "A Traves de Mis Canciones" (Through My Songs), in which fans can hear him singing, as well as compositions by Samuel and his brother, drummer Juan Carlos Formell, among others.

The concert in the Bronx will also give fans at the Lehman Center for the Performing Arts the chance to hear a new songstress, Vanessa Formell, who joined her brothers Samuel and Juan Carlos after the departure of vocalist Yenisel Valdes.

Though Vanessa has appeared with the group both in Cuba and other countries, and recorded "Un Tumbao para Dos" for the disc "Arrasando," directed by her father, this is the first tour she has made with the "Cuban music train," as the group is also known.

"This is something very special - she's very happy to be performing with the Formell family. She does great onstage, in the chorus...she has a lot of charm and is very sure of herself. We're really happy about this," Samuel Formell said.

On this occasion, Los Van Van will have as a special guest Pedro Calvo, who was the group's singer during the orchestra's first 40 years.

"For him, it's like going back to the great old days with the orchestra he knows," the director said.