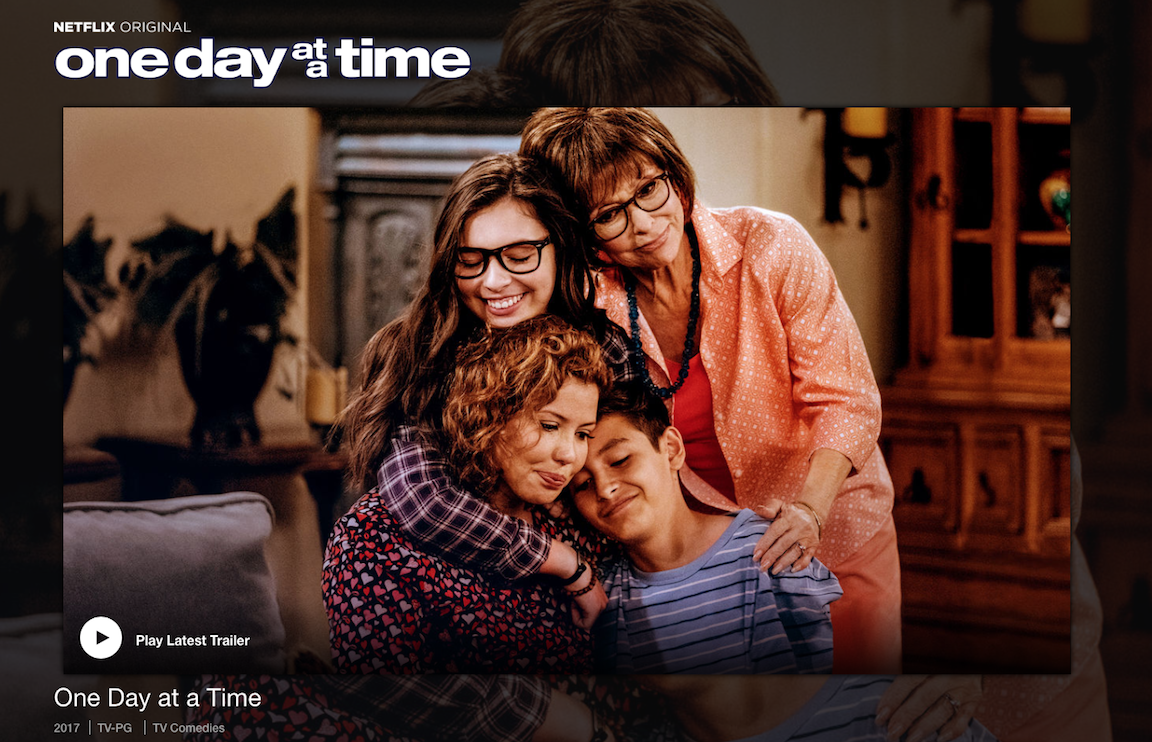 "One Day at a Time" returns with a new season

This comedy series, which focuses on a Cuban-American family, addresses many serious topics such as PTSD, immigration, and sexism in the workplace.

The Alvarez family returns to Netflix on Friday, Feb. 8, with the season 3 premiere of “One Day at a Time,” a comedy starring Justina Machado, Isabella Gomez, Marcel Ruiz, Rita Moreno, and Todd Grinnell.

Based on the original version of the show with the same name that aired from  1975-1984, this reimagined version focuses on the journey of a Cuban-American family living in Echo Park, Los Angeles. The first season launched on Jan. 6, 2017.

The family consists of three generations living under one roof: Penelope Alvarez , a veteran who is recently divorced; her two children, Elena and Alex; and Lydia, the mother of Penelope.

The show was originally written and produced by Norman Lear, Whitney Blake, and Allan Manings. Lear, now 96, teamed up with Gloria Calderon Kellett, Mike Royce, and Brent Miller to recreate the classic series.

After reviewing marketing data on the demographics of single Latina mothers, Miller proposed the idea of centering the show around a Latino family. The storyline is predominantly based on the familial experiences of Royce and Calderon Kellet, who are both Cuban-Americans.

Although labeled as a comedy, “One Day at a Time” addresses important topics such as PTSD, immigration, racism, homophobia, and sexism in the workplace. The show, which will have 13 episodes in this latest season, also provides LGBTQ representation through one of the main characters.

“I hope that non-Latino families watching our Latino family on television can see that we are more alike than we are different," said Justina Machado.

In 2018, the series was nominated for several awards, including the Critics’ Choice Award for “Best Actress in a Comedy Series” (Justina Machado) and “Best Supporting Actress In A Comedy Series (Rita Moreno), and the Television Critics Association Award for “Outstanding Achievement in Comedy.”

While there aren’t too many details about the new season, it has been announced that there will be some new characters and cast members, including executive producer Gloria Calderon Kellett. Gloria Estefan will also make an appearance during this season.