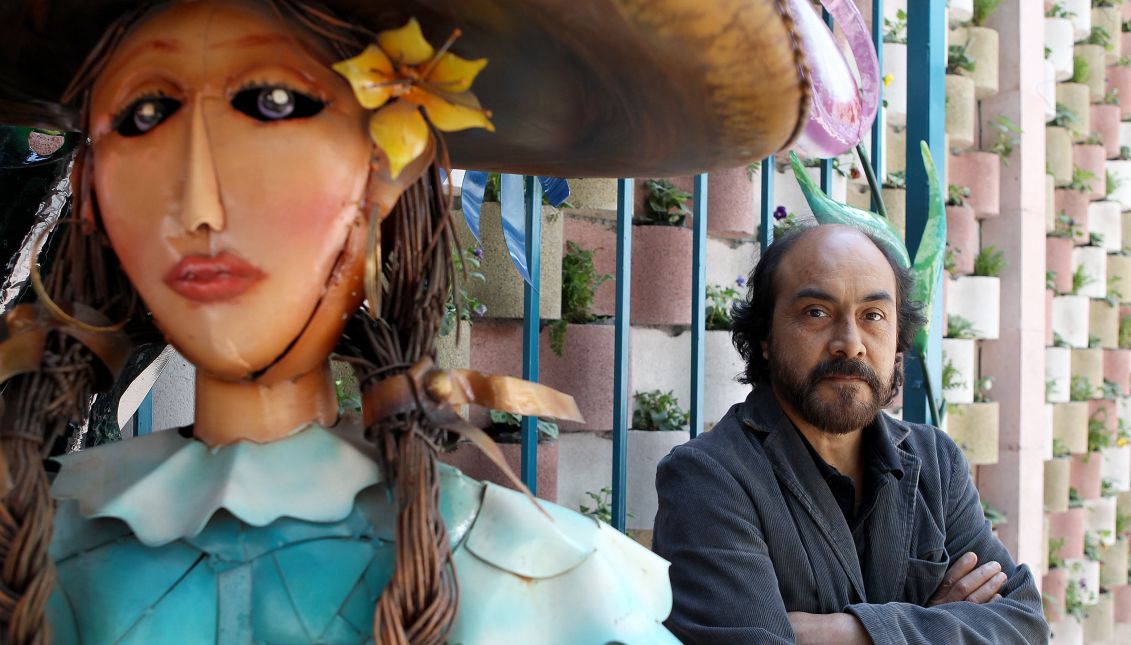 Alfredo Alcalde during an interview with EFE in Mexico City, Mexico on Mar. 18, 2017. EFE/Alex Cruz

Alcalde: "My art reflects all that is going on in the contemporary world"

Alfredo Alcalde, one of the best-known artists in Peru, considers it an honor to paint murals in Mexico, the nation that made them a signature art form of its…

Alfredo Alcalde, one of the best-known artists in Peru, considers it an honor to paint murals in Mexico, the nation that made them a signature art form of its culture."Mexico has given me the chance to paint murals and for me that is a great honor because it allows me to work where that art form was so beautifully developed," said Alcalde, who came to this country in 2011 to exhibit his work at the Fine Arts Museum of Toluca, capital of the central state of Mexico.Alcalde, 56, creates murals that can be dismantled and transported from one exhibition to the next.In these works he seeks to reflect "all that is going on in the contemporary world" while making "an analysis of how things develop from a social point of view, especially in Latin America," Alcalde said.The artist said that his arrival in 2011 to the land of Rivera and Siqueiros opened his eyes to a new vision of mural painting and of Mexican culture, with which he has felt a deep connection for many years.Murals as an artistic movement was begun in Mexico after the 1917 Revolution by a group of painters including Diego Rivera (1886-1957) and David Alfaro Siqueiros (1896-1974)."I knew at first hand the life and the human, social and political behavior of Mexican muralists," Alcalde said.Known for exploring the human condition through his paintings, the artist said he conceives murals "as a way of talking at the top of my voice."Originally convinced to visit Mexico by Mexican sculptor Enrique "Sebastian" Carbajal, whose foundation promotes his work and his exhibitions, Alcalde said he is an artist who enjoys popular renown."I like to be recognized. I'm happy when people greet me, because then I can start a conversation with them," said the artist, who takes advantage of his time in Mexico City to visit handicraft galleries and his friends.Someone who believes deeply in associating art with "the everyday work of the people," he described his house in Peru as a cultural space open to the public and to young artists, all in a philanthropic spirit that makes sense of his career."I love being associated with the people of my city, I have very friendly communications with them and we get along really well. And that makes me feel like a laborer of the arts who is in permanent contact with them," he said. [ad]