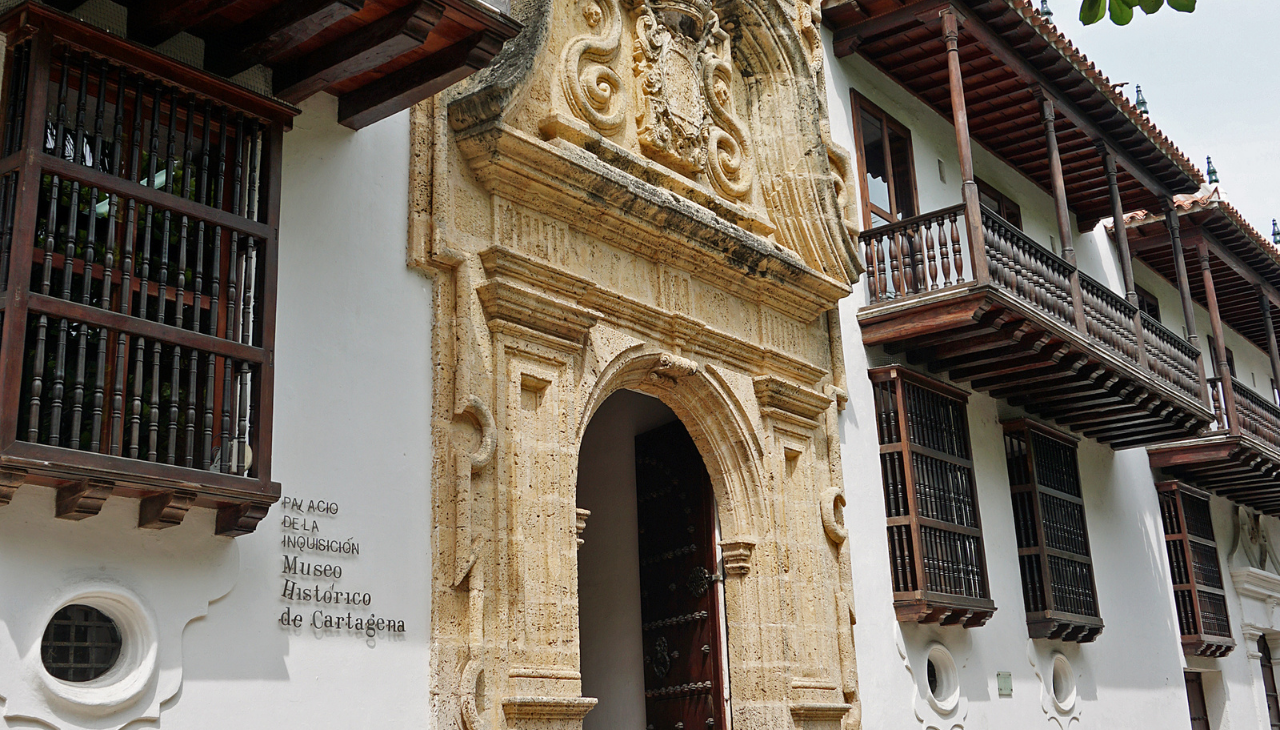 The Palace of the Inquisition is now known as the Historical Museum of Cartagena. Photo: WikiCommons

Get to know where people were tortured old Cartagena

The old Palace of the Inquisition in Cartagena holds the stories of torture in the city more than 200 years old.

The old Palace of the Inquisition, today known as the Historical Museum of Cartagena, was a place where the Tribunal of the Holy Office functioned, which dictated autos-da-fe against the presumed heretics in the 1600s during Spanish rule.

Considered the best example of civil architecture in Cartagena in the 18th century, the Palace of the Inquisition is the combination of two buildings erected on the lots occupied by two houses that the Tribunal of the Holy Office leased in 1610, when it began its activities in the city.

These first houses were acquired by the Inquisition and demolished in 1630 when the institution decided to build a new headquarters that would satisfy all its needs. These two buildings were later joined by two more, consisting of the old secret jails adjacent to the street of the Inquisition and a low house in the corner of the same main square that is today Bolivar Park.

A place of death

The facade of the Palace of the Inquisition has railings on the first floor, balconies on the upper floor, and a formidable baroque façade carved in coral stone. There, arabesques stand out, and the shield of its original owner and the cross of Christianity are carved into the stone as if it were fine marble.

In front of the doorway, one feels a slight shock because of its majesty and for having served as the last entrance many men and women crossed in their lives.

On the side facade is the "mailbox of ignominy," consisting of a small window topped by a cross, which served for informants to anonymously leave tips.

Colombian series on Disney+ premieres in June.
May 13th, 2022
Underwater museum in Cartagena adds new sculpture under the sea
May 10th, 2022
Three cathedrals that are must-visits in Cartagena
May 9th, 2022

The palace has an inner courtyard and dungeons where prisoners awaiting trial by the Tribunal of the Holy Office were held.

In its cells, the instruments of torture of the Holy Office can still be found, and among them the stocks and the scales. It is said that the accused were weighed, as it was believed that the faithful had to weigh one kilogram for every centimeter their height exceeded one meter. Then, any weight above or below this measure was considered evidence of witchcraft.

Today, the Palace of the Inquisition is known as the Historical Museum of Cartagena de Indias (MUHCA), which was founded in 1924 and has been no stranger to sustainability crises since its founding. The strongest was in the 90s, and it greatly affected its collection. The museum currently offers its visitors a new vision thanks to a renovation of more than five years. It seeks to broaden the horizons of its contents and update its presentation according to contemporary museography.

Through its different spaces, the museum offers the possibility of learning about the rich colonial architecture, the history and presence of the Inquisition Tribunal in the memory of the city and a journey through the various stages of the history of Cartagena, the Colombian Caribbean and the construction of Colombian society.