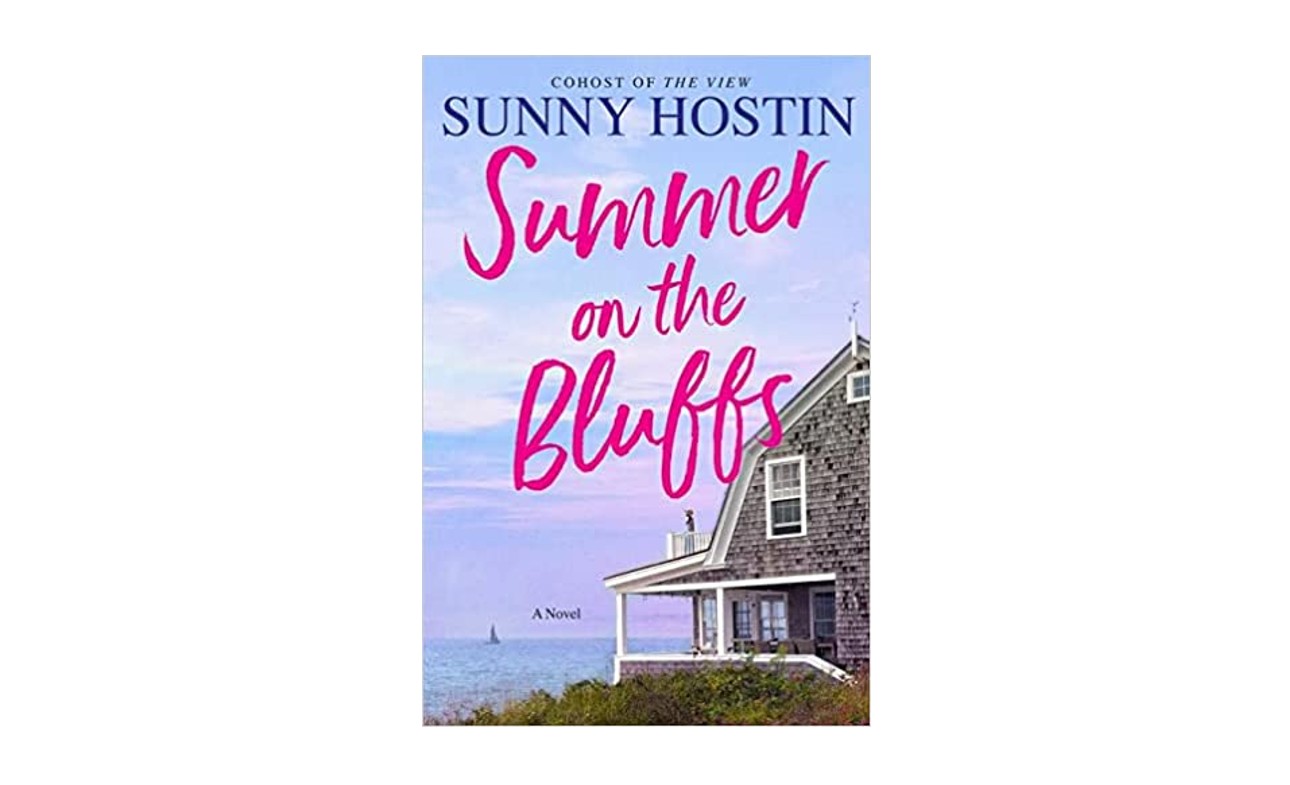 ‘Summer on the Bluffs’: A romance novel with Black and Afro-Latino protagonists

A self-made Black millionaire invites her three goddaughters for a last Summer in Martha's Vineyard.

When Sunny Hostin started writing books she had one idea in mind — to offer an escape read for women, especially Black and Latino women, given the overstressed lives they lead.

The story is based on Martha's Vineyard's Oak Bluffs. Oak Bluffs is known as the most exclusive Black beach community in the country. Known for its gingerbread, Victorian-style houses and modern architectural marvels, this picturesque town hugging the sea is a mecca for the crème de la crème of Black society — where Michelle and Barack Obama vacation and Meghan Markle has shopped for a house for her mom.

The following books of the trilogy will be in two other communities – Sag Harbor (Summer on Sag Harbor, coming in 2023) and Highland Beach, Maryland.

"I wanted to create a story with characters with lived experiences similar to mine," Hostin, who is African-American herself, told Forbes. "There seems to be a unique void in fiction. I thirsted for stories centering on Black and Latina characters and highlighting our history and excellence. We are educated, buy art, love fashion, watch Sex and The City, and yes, have sex after 60. And we swim and own homes on the beach. Black folks have been vacationing on Martha's Vineyard since the late 1800s and were only 'allowed' to purchase and own beachfront property in a few places in the U.S., including Oak Bluffs, so it has this rich history that I wanted everyone to know about. The books in my Summer trilogy are based in some places where Black people were allowed to own beachfront property – Oak Bluffs, Sag Harbor, and Highland Beach."

According to Hostin, the Black and Latino communities are underrepresented in books and readers of all ages need to see them represented so they are aware of their struggles and find inspiration to improve their lives.

Set in luxurious Oak Bluff, the most exclusive Black beach community in the country, Summer in the Bluffs tells the story of Amelia Vaux Tanner, owner of a house high on the bluffs, a cottage she shares with her husband, Chateau Laveau.

A Juneteenth reading list
June 17th, 2022
Afro exhibit opens in Cartagena de Indias
May 18th, 2022
Alice Kellen: the Spanish writer who writes under a pseudonym and sells millions of books in the Hispanic market
April 7th, 2022

Growing up, these three goddaughters from different backgrounds came together each Summer at Chateau Laveau. As adults, the cottage is a place this trio of successful yet very different women go to escape, to slow down from their hectic lives, share private time with Ama, and enjoy the gorgeous weather, cool water, and stunning views Oak Bluffs offers.

This Summer on the Bluffs, however, will be different. An era is ending: Ama, now nearing 71, is moving to the south of France to reunite with her college sweetheart. She has invited Perry, Olivia, and Billie to spend one last golden Summer together with her the way they did when they were kids. When fall comes, she is going to give the house to one of them.

Each of the women desperately wants the house, and each is grappling with a secret she fears will hurt her and her chances. By the end of Summer, old ties will fray, new bonds will be created, and these three found sisters will discover they aren’t the only ones with something to hide. Ama has a few secrets of her own. What she has to give them is far more than property. Between Memorial Day and Labor Day, she will tell these surrogate daughters she fiercely loves and protects everything they never knew they needed to know.

Hostin is a three-time Emmy Award-winning legal journalist, New York Times best-selling author, and co-host of The View. On May 4, 2021 Hostin released her debut novel, Summer on the Bluffs, which skyrocketed to #11 on The New York Times Bestseller List, the first book in her Summer trilogy.

Last Fall, Hostin released her memoir, I Am These Truths: A Memoir of Identity, Justice, and Living Between Worlds.

Hostin has been featured in The New York Times, The Wall Street Journal, Forbes Woman, Essence, Newsweek, The New York Post, Latina, and Ebony. A sought-after public speaker, she also delivered a TEDxTalk called “A Possibility Model” and has spoken at and moderated panels for the UC Berkeley Graduate School of Journalism, Corporate Counsel Women of Color, and the National Bar Association, and served as a witness at the Federal Judiciary’s Congressional Hearing for the Public’s Right of Access to the Courts. Hostin lives with her husband and two children in New York.

TAGS
wirepi8924
Cash making job for evey american to earn and work online. earns more than $15k every month with this home based job.bvg i made $18521 from this job in my spare time afte my college. easy to do job and its regular income are awesome. no skills needed to do this job all you need to know is how to copy and paste stuff online.
Open This Website >>>>>>>>>> 𝗪𝘄𝘄.𝗡𝗲𝘁𝗖𝗮𝘀𝗵𝟭.𝗖𝗼𝗺