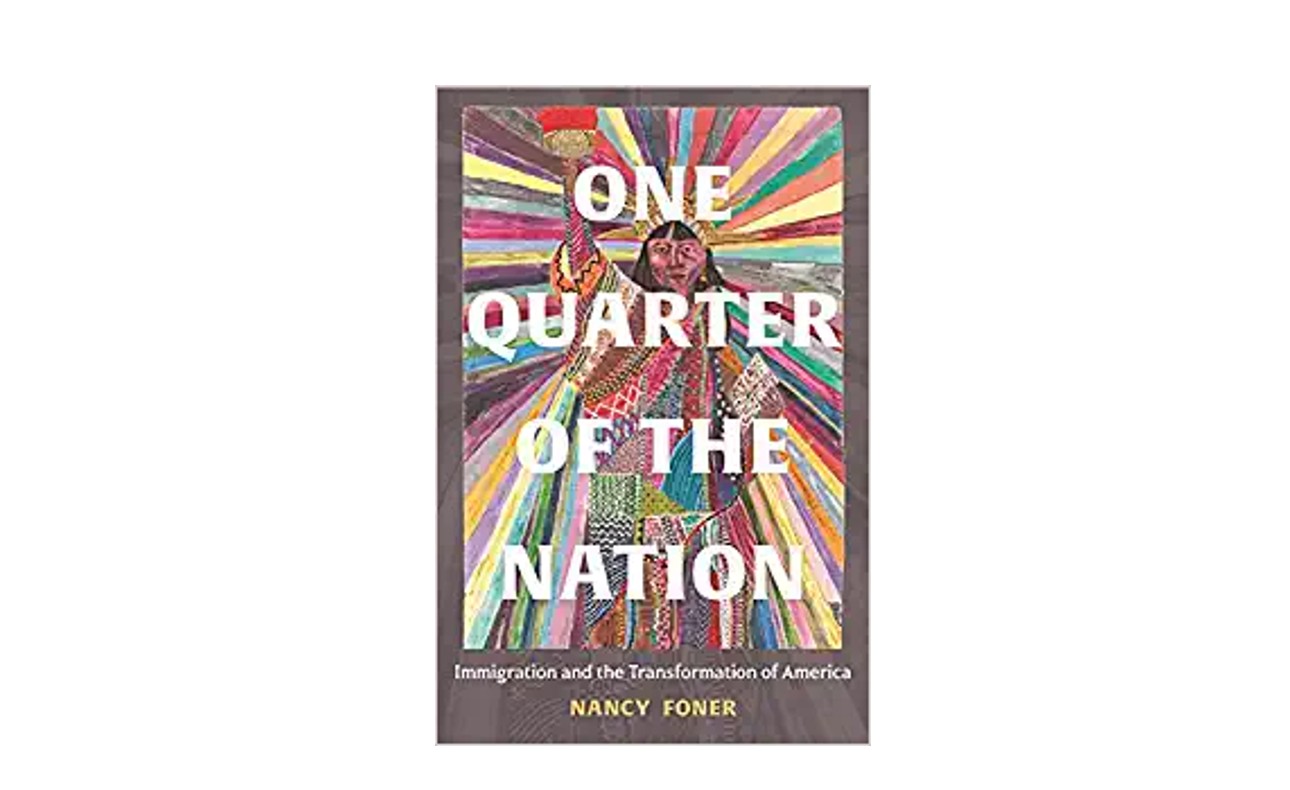 ‘One Quarter of the Nation’: An in-depth look at how immigration redefined modern America

Distinguished Sociologist Nancy Foner writes about the great benefits, both historically and currently, of embracing immigration.

The impact of immigrants over the past half century has become so much a part of everyday life in the United States that we sometimes fail to see it.

In One Quarter of the Nation: Immigration and the Transformation of America, Nancy Foner, one of America’s leading immigration scholars, tells the story of how immigrants are fundamentally changing the U.S.

An astonishing number of immigrants and their children — nearly 86 million people ― now live in the United States. Together, they have transformed the American experience in profound and far-reaching ways that go to the heart of the country’s identity and institutions.

Unprecedented in scope, One Quarter of the Nation traces how immigration has reconfigured America’s racial order ― and, importantly, how Americans perceive race ― and played a pivotal role in reshaping electoral politics and party alignments. It discusses how immigrants have rejuvenated our urban centers as well as some far-flung rural communities, and examines how they have strengthened the economy, fueling the growth of old industries and spurring the formation of new ones. This wide-ranging book demonstrates how immigration has touched virtually every facet of American culture, from the music we dance to and the food we eat, to the films we watch and books we read.

‘Barrio America’: How Latino immigrants revitalized the nation’s cities after decades of disinvestment and white flight
May 17th, 2022
Is the U.S “a nation of immigrants”?
May 6th, 2022
Five kids books for Cinco De Mayo
May 5th, 2022

In One Quarter of the Nation, Foner, a Distinguished Professor of Sociology at Hunter College, City University of New York, opens a new chapter in our understanding of immigration. While many books look at how America changed immigrants, this one examines how they changed America. It reminds readers that immigration has long been a part of American society, and shows how immigrants and their families continue to redefine who we are as a nation.

“Immigration,” Foner states, as quoted by The Arab American News, “has long been an intrinsic part of American society; the changes it has stimulated have given the nation an unmistakable and distinctive flavor and character – shaping, in truth, who we are.”

What impact did post-1965 immigrants make on American society and how has “race as a perception” changed in the U.S.? Foner looks at cities, the economy, popular culture and politics. As examples, she cites the emergence of ethnic and polyethnic neighborhoods and ethnoburbs. Many of these creative enclaves include community centers, parks and religious institutions, such as mosques and temples, schools, supermarkets, cafes and restaurants.

As reported by The Arab American News, “immigrants have revitalized and rescued depressed and deteriorating urban spaces and developed rural areas as well.”