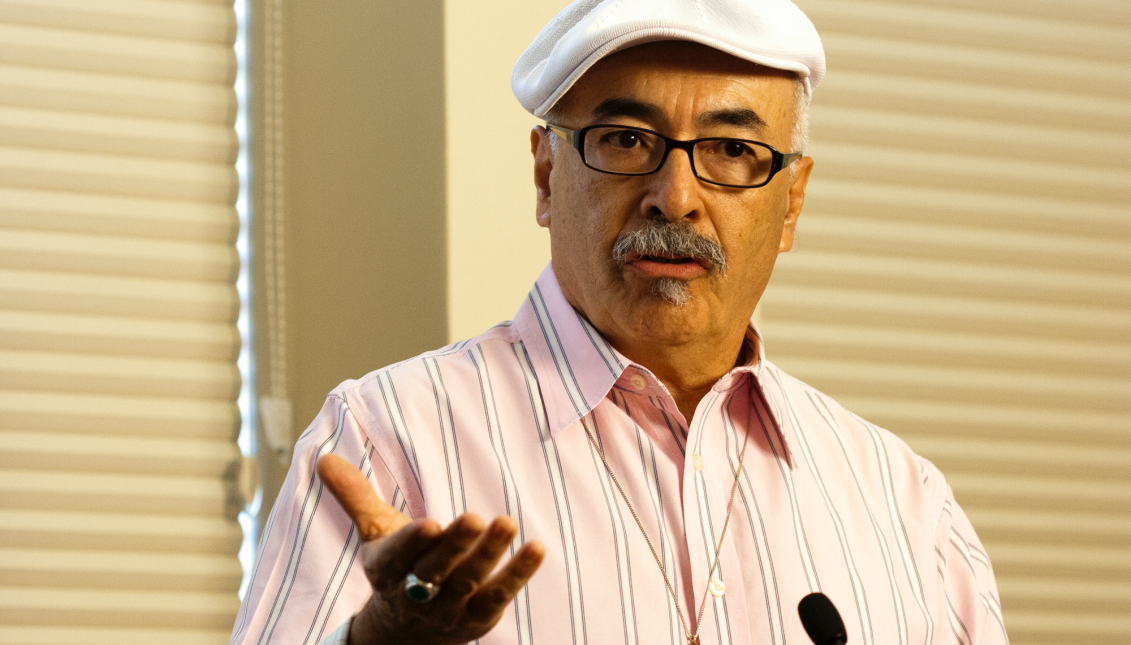 Juan Felipe Herrera wants to write an epic American poem ... with you

The first Latino U.S. Poet Laureate, Juan Felipe Herrera, has announced that an epic poem about the American experience — including contributions from everyday…

The first Latino U.S. Poet Laureate, Juan Felipe Herrera, has announced that an epic poem about the American experience — including contributions from everyday Americans — will be part of his laureateship project, "La Casa de Colores." The poem, titled "La Familia," will be updated monthly, with a new theme centered on U.S. life and culture announced each month on the Poetry and Literature Center blog. Herrera himself will compile the contributions to the epic poem.

Every poet laureate commits to undertake a public project during the year he or she is designated poet laureate. "La Familia" is only one part of Herrera's project which was outlined in full at the Library of Congress National Book Festival, Sept. 5. The full project "La Casa de Colores" (the house of colors) will focus on the resources of the Library of Congress in a monthly feature; "El Jardín" (the garden) will have Herrera interacting with items at the library through videos, poems and blog posts.

"The House of Colors is a house for all voices," Herrera said. "In this house we will feed the hearth and heart of our communities with creativity and imagination ... if it is a 'casa,' a grand house for all of us, we must be a 'familia,' a family. A family cannot flourish without a 'jardín,' a garden to care for, to create. Our garden is our luminous Library of Congress with inspirations nestled inside for more than 200 years."

The project will be launched on www.loc.gov/poetry mid-September as part of the Library’s Hispanic Heritage Month celebrations. Herrera will also be part of a public presentation Sept. 15 at the Thomas Jefferson Building in Washington D.C., in which he will read a corrido created at a Library of Congress workshop. The corrido is a traditional Mexican ballad form which Herrera calls "a people's story in their terms" — much like his own "La Familia" project aspires to be.