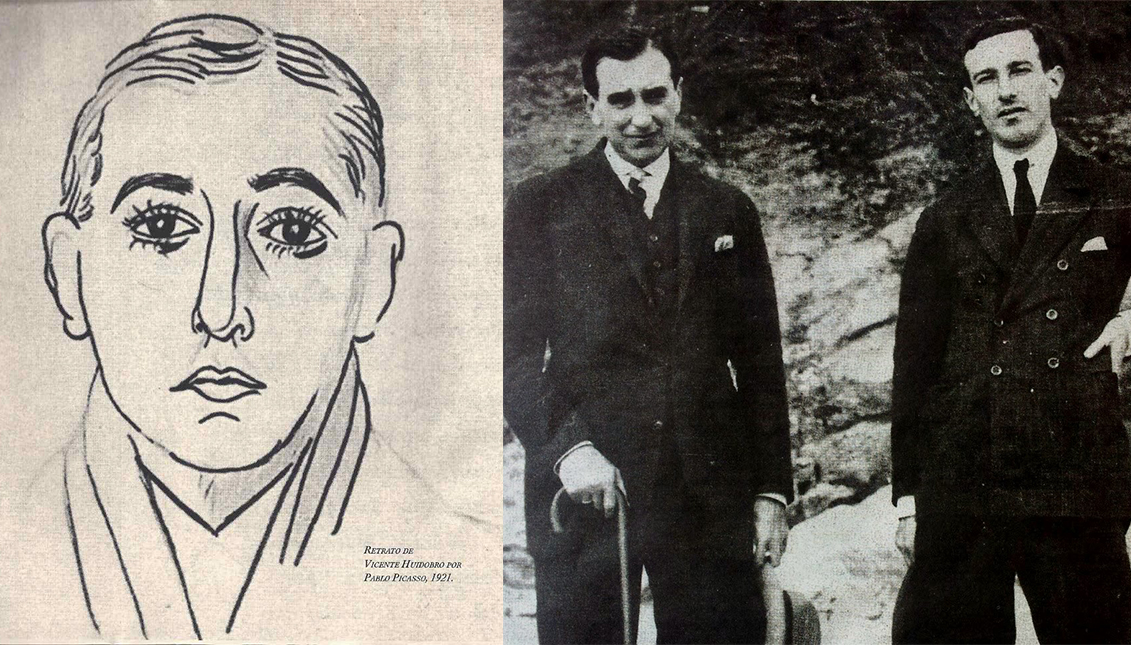 In Bohemian Paris, every eccentricity was allowed, except one: cheating on friends.

On March 11, 1924, Manolita, the wife of the famous poet Vicente Huidobro, saw night fall in Paris without any news from her husband. Nothing new coming from a bohemian, she thought. However, as the hours passed, Manolita received an advice letter warning her not to wait any longer, that Huidobro had been kidnapped.

She immediately went to the police and the Chilean embassy. A good friend, the Spanish painter Juan Gris and his wife Josette, showed up at the house to give emotional support to poor Manolita and shake off the insidious reporters who had heard rumors about the disappearance.

On the third day, he came back from the dead

The police started the investigation, but they began to suspect that something strange was going on. Huidobro appeared three days later in his house looking pitiful -nothing unusual for a bohemian–and with a pajama under his arm, which was quite absurd.

His family and friends would find out after a while that it was the poet himself who arranged his abduction and took his favorite pajama just to be a little more comfortable.

This is what Huidobro confesses in the book Chilenos en París, by René de Costa:

"I know that many laughed at the attempt on my life," he says. "The journalists put the matter to the joke. And believe me, it was just spite. When I returned to this house, a hundred newspapermen were waiting for me. They were from every newspaper in the world: English, American, French, Russian, Swedish, Italian... They all wanted to know. They all wanted to be the first to give the key. And I threw them all out of the house without telling them."

Vicente Huidobro invented that members of a British secret society kidnapped him for three days, but he only wanted to attract the press' attention.

His compadre Juan Gris had a lot to say about his theatre. Gris became so enraged with Huidobro that he never talked to him again until the day he died. However, the poet continued to maintain the lie, and more than that, he pointed out that the authors of his kidnapping were members of a rival secret society.

This was the Chilean's version of the event as it was published in Paris-Journal:

"Out of political romanticism, and as a member of an Irish secret society, he had written and published his little book in order to punish him and force him to recant. Another antagonistic society, this British one, lured him by a ruse to the Porte d'Auteil, where he was put in a car and chlorinated. He woke up in an unknown house," the note said.

"For three days, he was summoned there with various threats to sign a statement retracting it, which he repeatedly refused in the strongest terms. However, due to the press uproar, as Vicente was a member of the diplomatic corps, he was again drugged and deposited in Rue Vintimille, only four blocks from his house. The bad thing for the poet was that the investigations carried out by the police led him to recommend the Legation and the family to desist in their investigations because the episode was a novel."

The police found no trace of the secret societies mentioned by Huidobro, who had created the hoax to attract media attention. However, over the years the poet continued to defend his alibi:

"Some friends, including Picasso, Cocteau, Lipchitz, told me that it was wrong to do this to journalists. How ridiculous! I have a lot to do and I'm not a puppet. Do you want to know who the perpetrators of the kidnapping were? Their names are already in the hands of the police. They were two Irish scouts... But this is a thing of the past. Well passed", he confessed in Chileans in Paris.

However, his false abduction cost him dear friends and the trust of many.