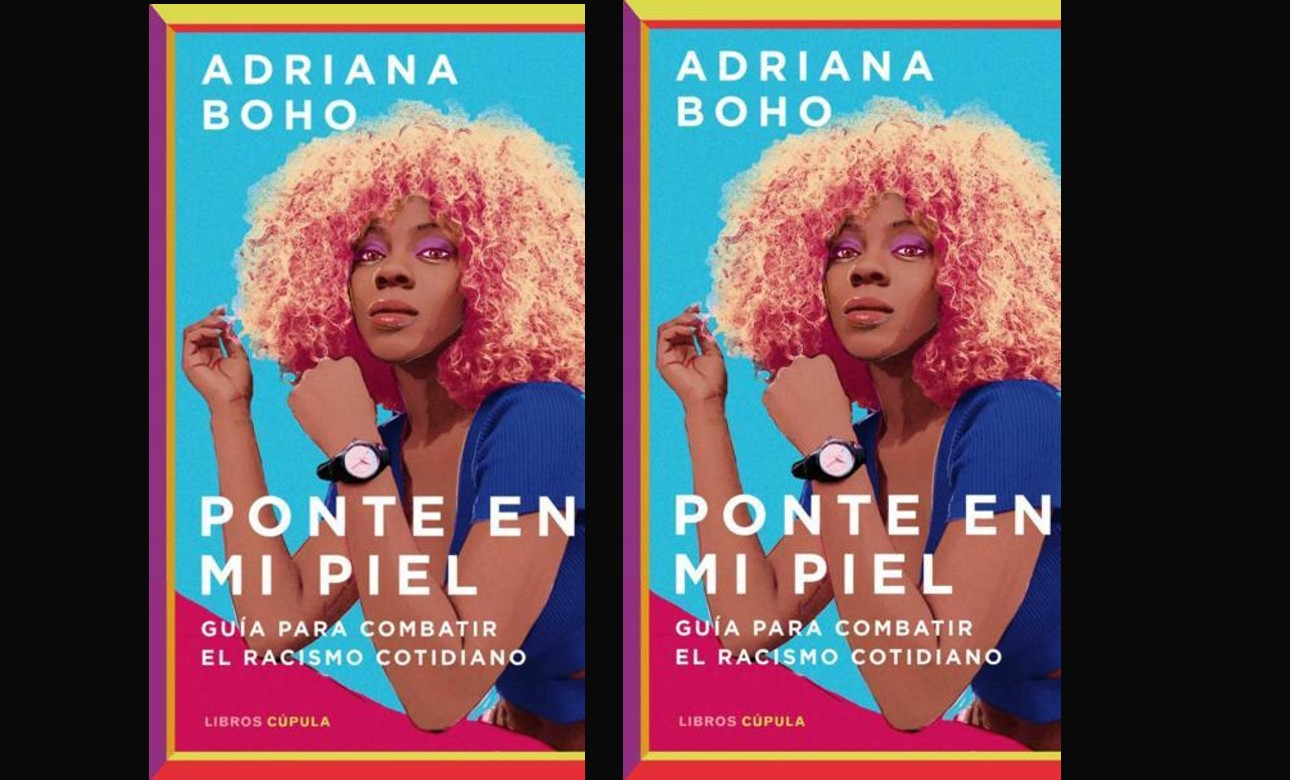 Adriana Boho: The challenge of being Black in Spain

Adriana Boho had a peaceful childhood under the care of her grandmother Antonia until her family decided to emigrate from Africa to Spain. There, things got complicated when her father abandoned them and her mother and grandmother had to fend for themselves. It is to them that this well-known Black influencer and TV presenter now dedicates her first book, Pónte en mi piel (Put yourself in my skin), to thank them for "the basics you taught me, because I am the woman I am thanks to your tireless struggle."

Pónte en mi piel (published by Planeta in 2022) is a guide to combat the everyday racism Boho herself has experienced in her own skin since she was a child.

"First of all, I want you to know that this is not your typical book about racism," Boho tells the reader in the book's foreword. "This is an interactive book, the writing of which you too will end up being a part of, because the changes she brings up will begin to come to life if people like you integrate them into your day-to-day life."

Boho's idea is to turn his readers into micro-activists and invite them to perform small acts to combat the covert "micro-racism" in society. Of these microaggressions, many of which are said with no bad intentions but are very offensive to a Black person who hears them, the following stand out: "If you sunbathe, do you turn Black?", "Do Black people have dark circles under your eyes?", "If there is little light and you smile, can you see your teeth?", "Your skin is not Black, it is the color of chocolate", "For a Black person, you are very beautiful", or "Since you have Black skin, you don't need makeup."

"There are many people who say that 'it's neither for them nor against them,' but for me, it is important to instill in people, in those who may be watching me, that this kind of things have to stop being done or have to cease to exist," the well-known fashion influencer said in an interview with El Español. "Many times people do things because they don't know or haven't learned, out of ignorance and it's not superfluous for those of us who have a platform to reach so many people to take advantage of it to re-educate or at least try to change their chip."

With 210,000 followers on Instagram and more than half a million likes on Tik Tok, Boho is not simply a fashion influencer, but constantly uses her networks to denounce injustices, such as racism, bullying or machismo or hatred of LGBTQ+ people.

"There is no one else who does it, neither black nor white, there is no influencer who actively denounces, because no one gets wet," she added in the interview with El Español.

Boho believes that the Black Lives Matter movement marked a before and after in her life, and she felt the impulse to write the book. The discrimination she feels as a Black woman when it comes to participating in feminist movements has also been decisive.

"Today I don't feel that we are involved in the feminist struggle. There are no feminist associations or demonstrations by women of color or for women of color. That's where we are: let's see if we start to create it, because if it depends on white women, we are in the nth plane and that's the reality," she said.