Knowledge is Power and Republicans Know It

The tough dispute over House Bill 2281 has reached the Federal Court in Arizona, where a lawsuit alleges that the law prohibiting the Mexican-American public school curriculum is discriminatory.

Knowledge is Power and Republicans Know It

Seven years ago, the Arizona Legislature passed a law banning the Mexican-American studies program in public schools in Tucson. Then-state superintendent Tom Horne sponsored the law in collaboration with the then-State Senator John Huppenthal, who drafted the bill to be approved by Governor Jan Brewer.

The Act declares that "no district or subsidized school may offer any training that promotes the overthrow of the United States government or resentment toward a particular race or class," thus prohibiting courses designed primarily for students of particular ethnic groups or groups that advocate for ethnic solidarity, arguing that each student should be treated individually.

Although the Tucson district has a variety of ethnic studies, the only program that was suspended for allegedly breaking the law was that of Mexican-American studies.

That is why Maya Arce, a student at the University of Arizona, has introduced demand against the Arizona Superintendent of Public Instruction, Diane Douglas and the Arizona State Board of Education. The trial began last June and will resume on July 17, AZ Central reported.

The course was created in 1998 after the Tucson unified School District Parents filed a lawsuit over the absence of a Department of Hispanic Studies, arguing that the district "promoted intentional segregation and unconstitutional discrimination based on race or origin," according to reports by Mother Jones.

The program introduced a curriculum of Mexican American literary works, to "bridge the gap between Latino students and their peers."

But just hours after Horne was invested as Attorney General, he announced that the school district had violated the law, leaving to Huppenthal the decision to cut federal funds to the district by 10%.

Faced with the threat, the Tucson School Board voted to suspend the Mexican-American curriculum in 2012 and confiscate all schoolbooks.

Ethnic studies courses emerged at US universities during the civil rights struggle in the 1960s. At first, it represented an intellectual battle for the vindication of the roots and the restructuring of the identity of the man of color. During the late 1990s, courses were transformed to broaden the focus and embrace all kinds of ethnicities and cultures. 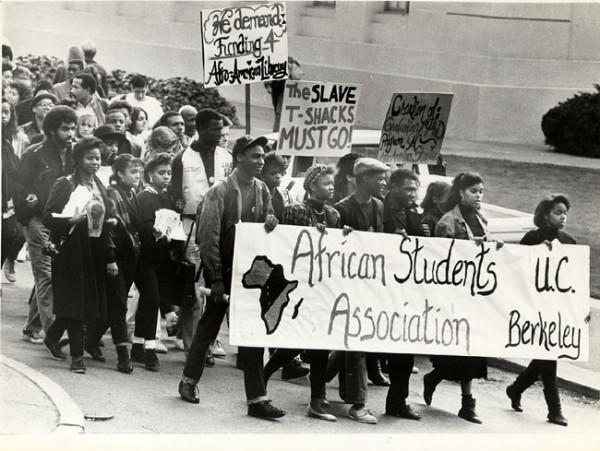 According to Curtis Acosta - a former teacher at Magnet High School in Tucson and one of the founders of the program - the course was designed with the intent of providing security for students who were not connected to the traditional curriculum, he said in court testimony.

The Tucson-based Mexican-American studies program has grown exponentially for 13 years, receiving more than 1,300 students at all stages, only in 2010. As the Mother Jones report continues, "an audit commissioned by the State in 2011 recommended, among other things, to maintain and expand the program. "

In the same way, the course achieved great results in its audience. According to a study published in January of 2016 and carried out by Thomas Dee and Emily Penner in the Center of Analysis of Educational Policies of the University of Standford, determined that this type of courses increased the attendance to classes in 21 percentile points, as well as increased school performance (especially in GPA assessments) by 1.4 points. The study concludes, "the course reduces the dropout rate and suggests that this type of culturally relevant education - being implemented in a supportive and high quality context, can provide a solid foundation for at-risk students."

The case of ethnic curricula (especially those of Mexican-American studies) caught the attention of conservatives when labor rights activist Dolores Huerta offered a speech to students at Tucson Magnet High School, in 2006. Huerta called her audience's reflection on why "Republican hated Latinos so much”, referring to the immigration legislation that was under discussion at the time.

According to Mother Jones, this comment was sufficient for the then superintendent Horne to catalog the program of Mexican-American studies as an "ethnic chauvinism".

A trial will decide everything

During the start of the federal trial on June 27, evidence from lawyers against former Senator John Huppenthal spoke for itself. Lawyers exposed the racist comments that the conservative would have posted on several online blogs between 2010 and 2013 using two pseudonyms. Huppenthal compared teachers of the Mexican-American curriculum with the Ku Klux Klan, according to the Huffington Post.

"The classes of Mexican-American studies use the exact same technique that Hitler used to come to power," Huppenthal said in one of his comments. "No Spanish radio stations, no Spanish billboards, no Spanish TV channels or Spanish newspapers. This is America, speak English".

While these comments could be the perfect argument that his 2281 law campaign stemmed from organic racism, Huppenthal did not withdraw what was said during his testimony in court, which surprised many because it was this conduct that cost him re-election as Superintendent in 2014, once his pseudonyms were brought to light.

Despite this - and in a rather paradoxical tone - Huppenthal, who now serves as a math teacher "dedicated to Hispanic and poorer communities," said the success of Hispanic students rests on their ability to adapt and their "fluency in English ": "If I spoke about the need for fluency in English, it was because I believed it would help students succeed", he told the court.

Tony Díaz, one of the fiercest defenders of the Mexican-American studies program, has decided to promote a social movement that has called Libro Traficante Caravan, as part of the literary NGO Our Word: Latino Writers Having Their Say, through which they have recovered the books prohibited by law 2281 and returned them as contraband to Arizona. Diaz and company have had several clandestine bookstores even in other states, and on June 21 traveled from Houston to Tucson with their cargo of books.

According to Remezcla, Diaz said that the goal is to "raise awareness of the ban against Mexican-American studies in Arizona," because they fear that this type of veto will cover African American, Asian studies or even gender studies.

To get AL DÍA Print Edition at the comfort of your home, please click here
TAGS
2281 Arizona
Mexican-American Studies
ban