A child observes the dust rising from the site of the air strikes in Saada, Yemen, on February 27, 2018. (Reuters / Naif Rahma)

Considered one of the most atrocious episodes of recent decades, the civil war in Yemen has gone unnoticed for most of the world. Donald Trump's relationship with Saudi Arabia and the country's humanitarian crisis have brought it to light, perhaps already too late.

At the end of last week, the United States Senate voted in favor of advancing a resolution that could end U.S. participation in the war in Yemen.

As Democracy Now explained, "it’s the first time in history that the Senate gives the green light to a proposal to withdraw its military forces from a war zone that was not authorized through the War Powers Resolution."

The conflict, led by Saudi Arabia in Yemen, is considered one of the worst war episodes in recent years, with an estimated 14 million Yemenis on the brink of famine, according to the United Nations (UN).

A crisis with years of history

Although many consider that the Yemeni civil war is a consequence of the so-called Arab Spring that transformed the situation of nearby countries such as Libya, Egypt, and Syria, the situation in Yemen has become increasingly bloody and without a possible solution.

During the nineteenth century, Yemen was a territory abused by empires such as the British and Turkish Ottoman because of its strategic location between the Mediterranean Sea and East Asia.

According to France 24, the fall of the Ottoman Turkish Empire after the First World War allowed northern Yemen to remain in the hands of a religious leader Islamist self-crowned king of the territory.

Meanwhile, the south remained under British rule until 1967, when a movement of nationalist groups expelled them from the territory.

The country was then divided into two, and as is often the case, both parties were supported by groups with economic interests in the region. 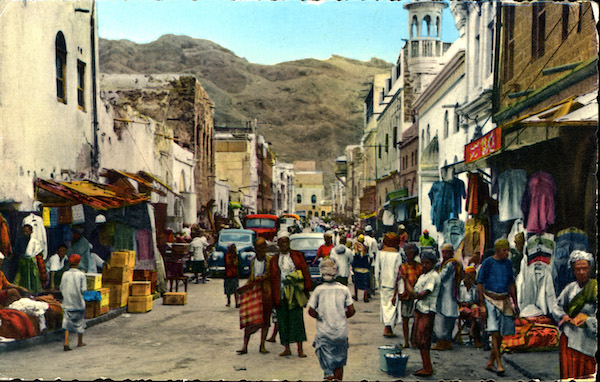 The north was supported by Saudi Arabia and the south by the Soviet Union.

After the fall of the latter in 1989, Yemen was unified, and ten years later joined the international war on terrorism attacking the nuclei of Al Qaeda in the region.

A coup d'etat gets out of control

Since 2004, a group of rebels in northern Yemen - known as the Houthis (Shiites) - started a war movement on the border that limits Saudi Arabia against the Yemeni government, denouncing at the same time that Saudi Arabia supported Sunni groups "for exterminating the Shia population. "

This "low-intensity war" detonated a simultaneous movement in the southern region of the country three years later, and they were brutally repressed by the government.

The violence escalated in what was called the Yemen Revolution in 2011, led by the Houthi leader Abdul-Malik al-Houti, who supported the outbreaks of demonstrations and demanded the resignation of President Ali Abdullah Salé.

With clashes between the religious branches (Houthis versus Sunnis), the president finally agreed to leave office, and the rebels got the elections of a single candidate boycotted. However, Abd Rabbuh Mansur Hadi was elected president.

It was then that the clashes between the religious tribes spread throughout the territory, forcing the army to take sides.

In mid-2014, the rebels took the city of Sana (capital of the country) and became the authority of the country after the government resigned. 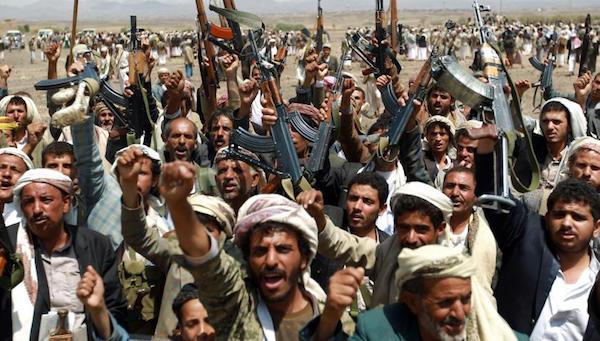 The Houthi fighters took control of Sanaa in September 2014 [AFP].

Moved to the south, Hadi rejected the takeover of the rebels and claimed his right to the presidency.

From the beginning of their revolution, the Houthis have been denounced as agents manipulated by Iran to empower the Shiite coalition in the region. This argument was sufficient for the United States, France, and Saudi Arabia to decide to support militarily the country's government to confront the Houthis.

During the month of March 2015, President Hadi fled the country, giving way to an international coalition led by Saudi Arabia that deployed all its military strength in the territory, including relentless bombardments from the air and thousands of ground units.

According to Amnesty International, "around 22.2 million Yemenis are currently dependent on humanitarian aid to survive."

Thanks to the maritime and land blockade imposed by Saudi Arabia - a product of the attack of the Houthi forces against the civilian areas of Riyadh - millions of women and children are condemned to the worst of famines.

So far, more than 5,000 people have died during the conflict, 9,400 civilians have been injured, three million people have been displaced, and 22,2 million are dependent on humanitarian aid to have access to medicines, food, water, shelter, fuel, and sanitation.

Violations of human rights by both sides

Amnesty International's investigation has determined that both sides have violated norms established for conflicts (called "laws of war"), "deliberately" attacking civilians and facilities such as hospitals, schools, markets, and mosques.

Similarly, the organization has collected evidence of ammunition used by Saudi Arabia "whose use is prohibited by international law", such as "cluster" munitions and low precision weapons (artillery and mortar fire or Grad rockets), that have been used in "densely populated civil areas.”

"Despite numerous allegations of reckless behavior in Yemen and the devastating impact that serious violations of international law are having on the civilian population, many countries have continued to sell and transfer weapons to Saudi Arabia and other coalition member countries for their use in the conflict," explains the organization. "The coalition led by Saudi Arabia has used these weapons to kill and injure civilians, and destroy the livelihoods of the Yemeni people."

Ahead of funding outline vote, Philly City Council announces what’s next for its Neighborhood Preservation Initiative