Du Plessis grew up in Johannesburg, South Africa with a vision that she will one day have a bakery to call her own. Photo: Essen Bakery.

Founder Tova du Plessis’ small bakery transformed into a community hub amid COVID-19 thanks to some forced, but timely changes.

From South Africa to South Philly, How Essen...

The story of how Tova du Plessis opened her modest bakery is just as unique as her signature babkas and homemade challah bread.

She came to America from South Africa over 15 years ago, but before she put down roots in South Philly, she lived in Texas, California, and New York.

Du Plessis took her pastry expertise to Philly, but before she opened up her own space, she worked at a local hotel in Center City.

“I was working as a pastry chef at the Rittenhouse Hotel, and then I had my daughter,” du Plessis said in a recent interview with AL DIA News. “After I had my daughter, I realized that I wanted to have my own business.”

Her new life as a mother pushed her into opening her own business because of its flexibility, but having her daughter near her while creating her dream is something that also meant alot to her.

“I would always talk about having my own business, but I never thought what it would actually be,” she said.

While coming up with what her business would be, du Plessis looked back at her childhood in Johannesburg, South Africa, and remembered her going to Jewish bakeries that offered unique pastries.

“I grew up in a Jewish home, and I really wanted to remake all of these classics that I had growing up,” said du Plessis. 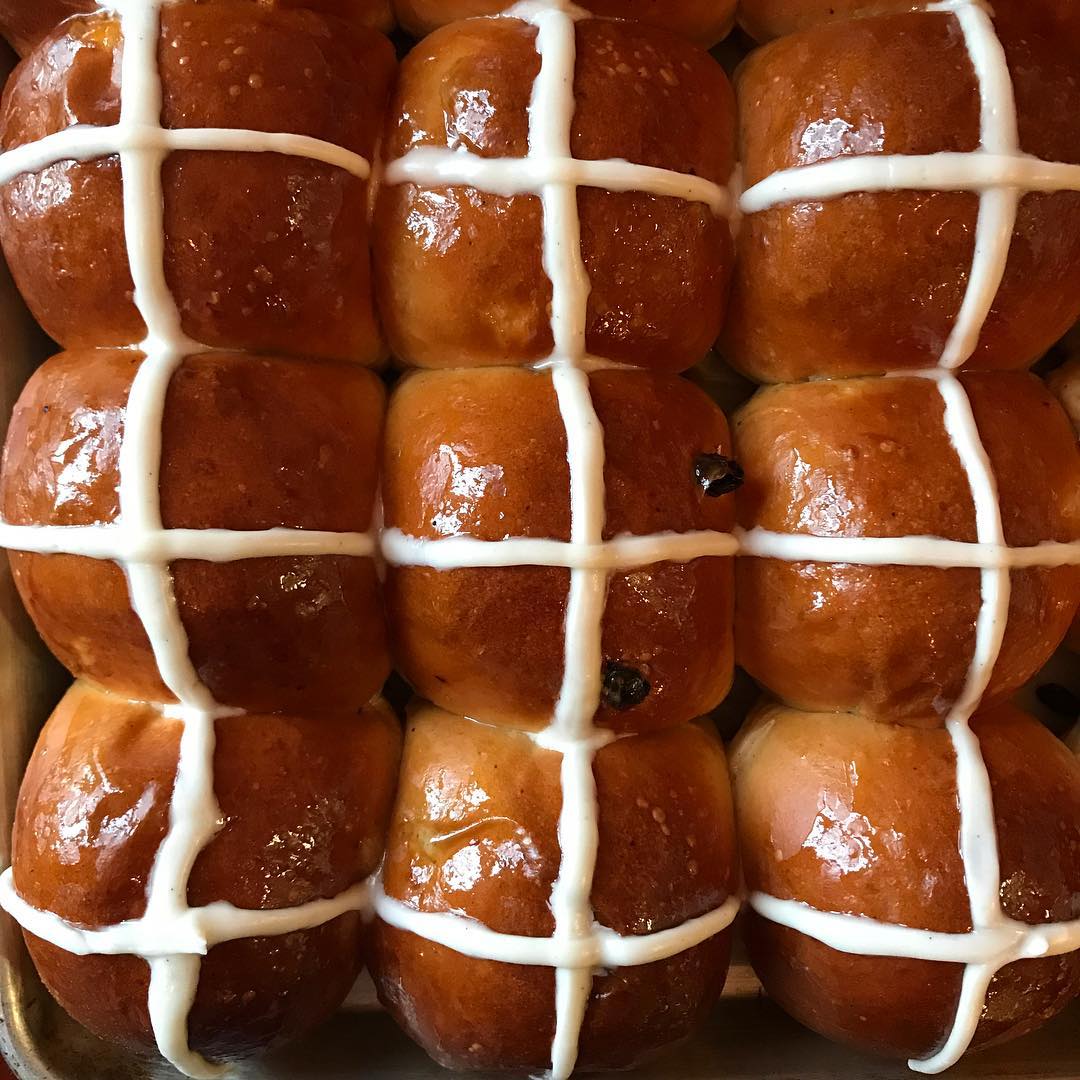 Along with making baked goods like chocolate rugelach, and Jewish apple cakes, she also wanted to add coffee and sandwiches to the menu.

“I wanted to build around that,” said du Plessis.

While searching for a space for her small business to take root, she heard of a woman who was in the middle of closing her bakery.

For du Plessis, it represented the flash of hope right before taking the leap of faith and opening her own space.

“Her location was perfect, it is certainly a location that will get a lot of food traffic on the weekends,” she said.

It is along Passyunk Ave. in South Philly close to Dickinson St., one of its many busy intersections

Essen, which means “to eat” in Yiddish, was the name du Plessis chose for the establishment.

Her space is quaint and her menu small, making a limited amount of pastries, but they are all high quality and delicious.

As the COVID-19 pandemic forced many small businesses to close down and rely on takeout, du Plessis took the time to focus on revamping. 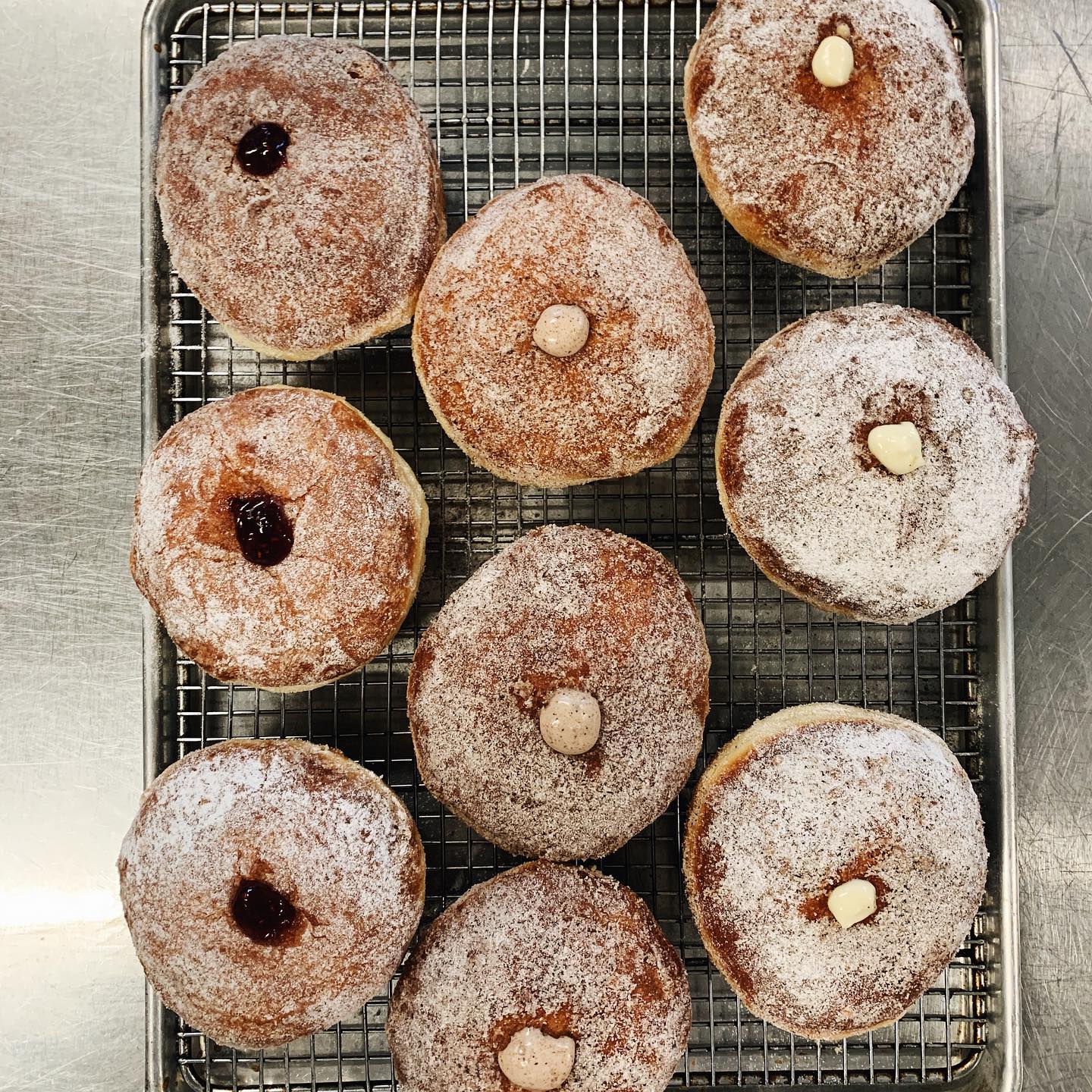 “I knew from the very beginning that indoor dining wouldn't work for customer safety and our safety,” she said.

Du Plessis soon reopened with a new format and a pick-up window, which she jokes, reminds her of the Jersey Shore.

“I also put some chairs out so there can be sort of an outdoor cafe,” she said.

Having an outdoor space required her to get a permit from the city so she could take up some street space. After going through the process with the city, du Plessis says it’s been a hit.

“There were some things about the pandemic that honestly improved our business,” she said. “We came up with a delivery model, we have better visibility outside, but we sort of did them because we were pushed to.”

Essen Bakery has since transformed into a community space, and she is hoping that more people outside of South Philly will get a chance to taste her delicious desserts.

One is her homemade challah bread, that is flaky, and light on the inside, with just the right amount of sweetness.

Philly Aids Thrift to expand its store amid of Pride Month