Licha McLennan, of Moxie Blue Salon, owns one of the "Best Of Philly" salons. Photo Courtesy of Dominique Strati

Thanks to Licha, her husband, Danny, and their three sons, Moxie Blue Salon remains a family business, in every sense of the phrase.

Licha McLennan considers herself a lifer.

At the age of 13, McLennan discovered a profound love for cutting and styling hair. In an interview with AL DÍA , she recalled the times she’d give haircuts to her friends in the bathroom during high school.

What started out as a teenage hobby would eventually evolve into a full-fledged entrepreneurial journey.

More than twenty years ago, while at a hair show in Hawaii, McLennan met her future husband, Danny, who is also a hairdresser.

The two married, and together opened their first salon, Moxie Blue, in Marlton, New Jersey, in 2008, at the height of the Great Recession.

“We did it out of necessity,” she said. “We needed to work in a salon that offered everything that we were interested in: education, great customer service, and we just took the plunge.”

We had to open up our hair salon because the salons where we were working at before weren’t offering what my husband and I wanted to give our clients,” Licha added. “We wanted them to feel special, we wanted them to have an experience.”

At the time, the job market was tight, and both younger and older people were competing for many of the same positions. So even though many businesses struggled to stay open during the recession, Licha and Danny found success in providing services that were all the more valuable to help job seekers look younger, and more professional.

“What happened is it made us buckle down and really, really learn how to give 120 percent extra,” said Licha. “We worked hard, crossed our fingers, and here we are. It’s been a great journey.”

After their success in the South Jersey headquarters, the couple opened a second location in the Old City neighborhood of Philadelphia.

For Licha, working with her husband as a business partner is “fantastic.”

“I wouldn’t have it any other way,” she added. “My husband is a true, true genius and artist … I am in awe of his work; I am his biggest fan; and if I didn’t work with him, I wouldn’t be able to witness everything that he’s doing.” 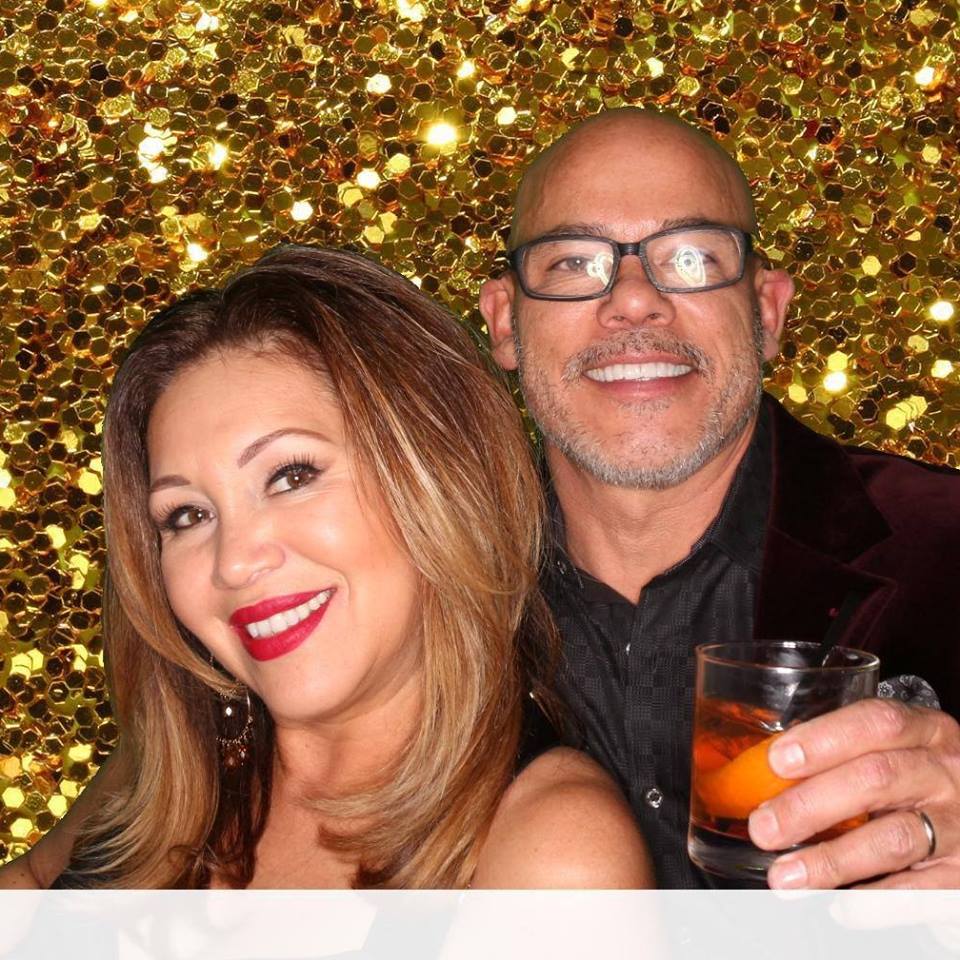 Licha and Danny McLennan make up the growing community of Latino entrepreneurs in the Philadelphia area. Photo Courtesy of Dominique Strati.

Moxie Blue Salon is a classic example of a family business. In addition to working alongside each other, Licha and Danny have also brought their three sons into the business — two work as stylists, while the other works in accounting and marketing.

Despite the success Licha has had as an entrepreneur, she didn’t always look at turning her passion into a business.

“I didn’t dream of one day owning my salon,” she acknowledged. “I dreamed of doing what I love all the time.”

“I was just following my heart and doing what came natural,” she added.

She now has the opportunity to do that for a living.

McLennan came to the U.S. with her mother and sister when she was seven years old.

“[We] left our town to join our father, who had to come to the U.S. to find work, like so many people do,” she said. “We came and we found ourselves in a Latin community in San Francisco suburbs.”

McLennan and her family are originally from Chavinda, a small town of only about 10,000 people, in the Mexican state of Michoacán.

It took nearly four years for Licha and her family to have their visa applications accepted.

“We just came here for a better life,” Licha recalled. “It was a big shock because... a lot of things were new to us. We didn’t know who Santa Claus was, we didn’t know a whole lot of stuff, so it was a shock.”

Moving to the United States, even at such a young age, was a big adjustment in education and career expectations as well.

“I came from a neighborhood where you’re expected to graduate high school, and that’s it,” said Licha. “The next step was: go to community college, work for the post office, or get yourself into, you know, like General Motors. But that’s it, there were no expectations.”

Despite the lack of expectations, Licha took control of her future and created her own success, transforming her passion from a hobby to a successful business.

Licha remained in San Francisco until she was 30, when she met her husband. She later moved to the East Coast, and the journey of entrenching herself in the American Dream officially took off.

There are many salons, not only across the tri-state area or Philadelphia, but even just in Old City alone.

Despite that, the McLennans don’t feel they’re in competition with anyone.

“I feel that we bring a little magic,” she added. “Me being Latin, and being from a culture that is very nurturing and pleasing... we do it from the love of our hearts.”

The McLennans pride themselves on putting their heart and soul into every aspect of the salon.

With eight price levels and four tiers of stylists based on skills and training, Moxie Blue creates a culture that allows both the stylists and clients to find their comfort levels.

Licha recalled experiences growing up when she’d go shopping with her mother or step out of their community, and witness her being treated or spoken to rudely because of her identity as a Latina.

Because of those experiences, Licha made it her mission to ensure she gives each customer equal, high-quality treatment.

“When you come into our salon, you are treated exactly the same, and that stems from me witnessing people treating everybody different.”

“My vision for Moxie Blue, the salon in Old City, is... to make a difference in our community,” Licha said. “I would love to somehow incorporate being able to work with the Latin community and reaching out to women who basically can’t afford — or don’t have the means — to come into the salon.”

“It’s like giving back,” she added. “The way I know how to give back is to make everybody feel special and confident in their looks… bring out that inner beauty.”

BORICUA Restaurant to open its second location in Port Richmond