Immigrant Mentality is inspired by Lugo’s upbringing in a Cuban and Puerto Rican household but is relatable to all immigrants.

His exhibit represents the diverse culture that surrounded him as a child growing up in Hudson County, N.J. with parents from Puerto Rico and Cuba. Much of his upbringing involved many different Latino lifestyles.

“My art, in general, is based on my upbringing, the goods and bads,” Lugo said in a recent interview with AL DÍA News. “Everything I create, especially when it comes to my exhibition. I go back to my roots and how I grew up and to my experiences.”

The exhibit is dedicated to his mother, Lulu, who was born in Cuba and came to the United States for a better, safer life.

“Digging into the roots of how my mother raised me and how I grew up surrounded by immigrant parents all around me kind of inspired this opening,” said Lugo.

He is also transforming part of the gallery to represent a bodega — a corner store that often acts as a community space for many predominantly Latino populations in urban cities.

Bodegas are also known as “papi stores” in North Philadelphia.

“There is almost a bodega in every corner,” he said. “It's a home away from home and it's always there if you need toilet paper, or milk, pa que cosa.”

The bodega is just one side note from his main exhibition, which is based on the immigrant mentality. 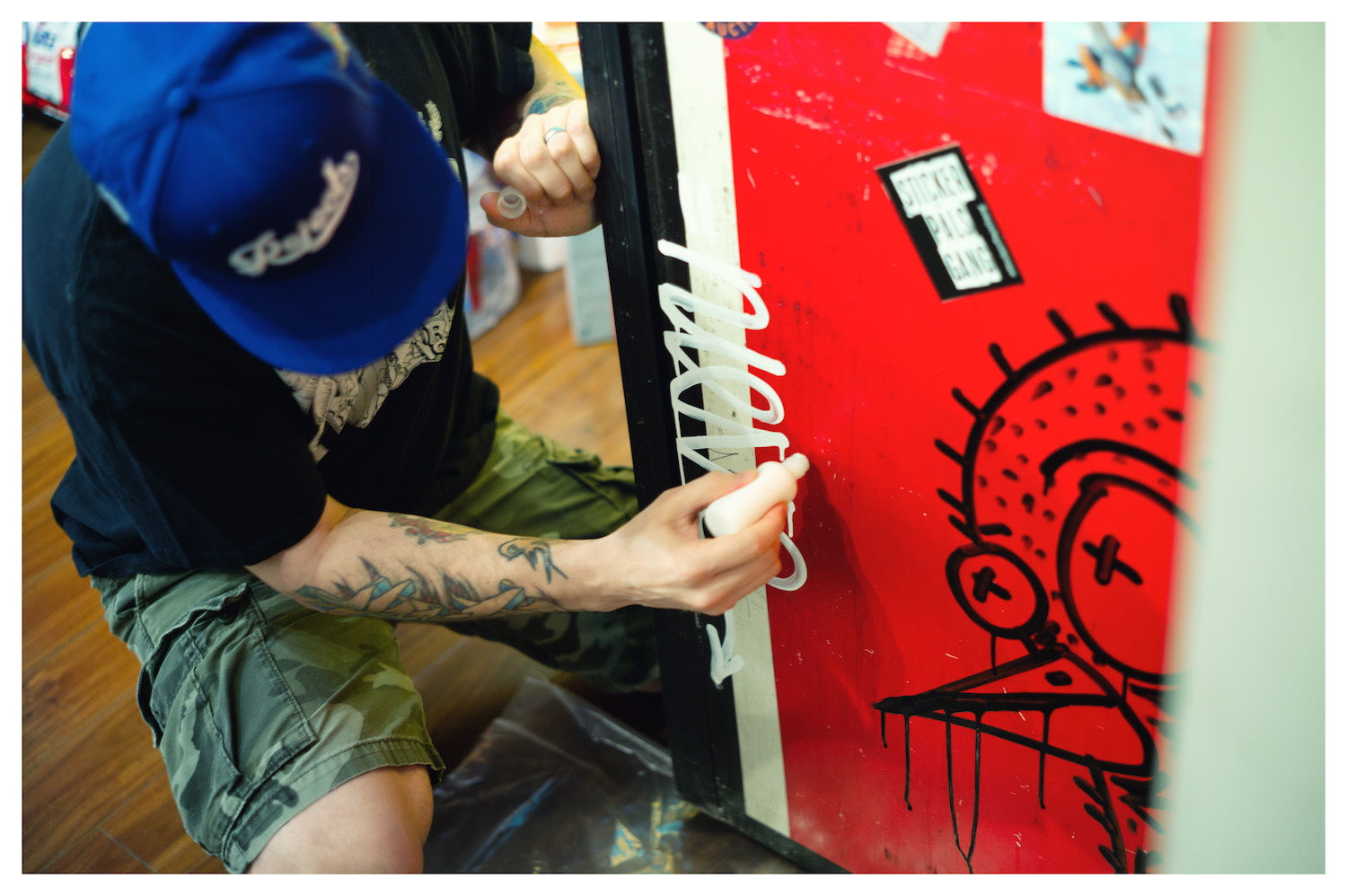 “There were times where I went to the store with food stamps because that was how I was growing up, sometimes when I was short they would say, ‘oh no, está bien,’” said Lugo.

Showing his love of bodegas is something Lugo always wanted to do. By adding items composed of handmade “merchandise,” such as toilet paper and religious candles designed by Lugo, as well as a soda machine covered in graffiti.

“I always wanted to make a bodega and make something that is affordable and take something home whether it's a candle or a sticker pack, a t-shirt. Something, a little memento,” he said. The exhibit will also represent many of his past memories, such as the comic books he grew up reading. They inspired him to create art as a kid.

“I would always doodle and I guess I was always decent at it,” said Lugo.

People would comment on his drawings, and it motivated Lugo to start self-teaching. His art would soon mimic his upbringing.

“I try to base a lot of it off my work and my emotions, everything that can give me a good memory or a bad memory, I try to put it like that.

Lugo also expressed that Immigrant Mentality is for all immigrants, not just Latinos.

“My wife is Polish and her parents are immigrants,” he said. “I've always noticed that immigrants have a different way of looking at things.”

“For immigrants, it's all about family and culture,” he said. “It doesn't matter who you are, or where you come from, you wind up making everything around you a community.”

To get AL DÍA Print Edition at the comfort of your home, please click here
TAGS
Latinx art
immigrants
diversity

After 175 years, the Associated Press has its first woman and POC president