Santa Claus came to town for 105 children  as The Philly POPS presented “Christmas in July.”

The Philly Pops brings Christmas to...

On July 17, Santa Claus came to town for 105 children who were able to enjoy Christmas in the middle of summer, as The Philly POPS presented its annual event, “Christmas in July.”

As part of the POP’S Salute Series, children ages three to seventeen, from families of military, veterans, police officers and firefighters, received bicycles and helmets for free at the Comcast Center.

Commanding Officer Andre Epps brought around six children from the Police Athletic League of Philadelphia to the celebration.

“They chose our center and the center chose the kids, based on their achievements and behavior,” said Epps while the children greeted Santa Claus.

-Are you the real Santa? ask a child with excitement

-How do you know? reply Mr. Claus. 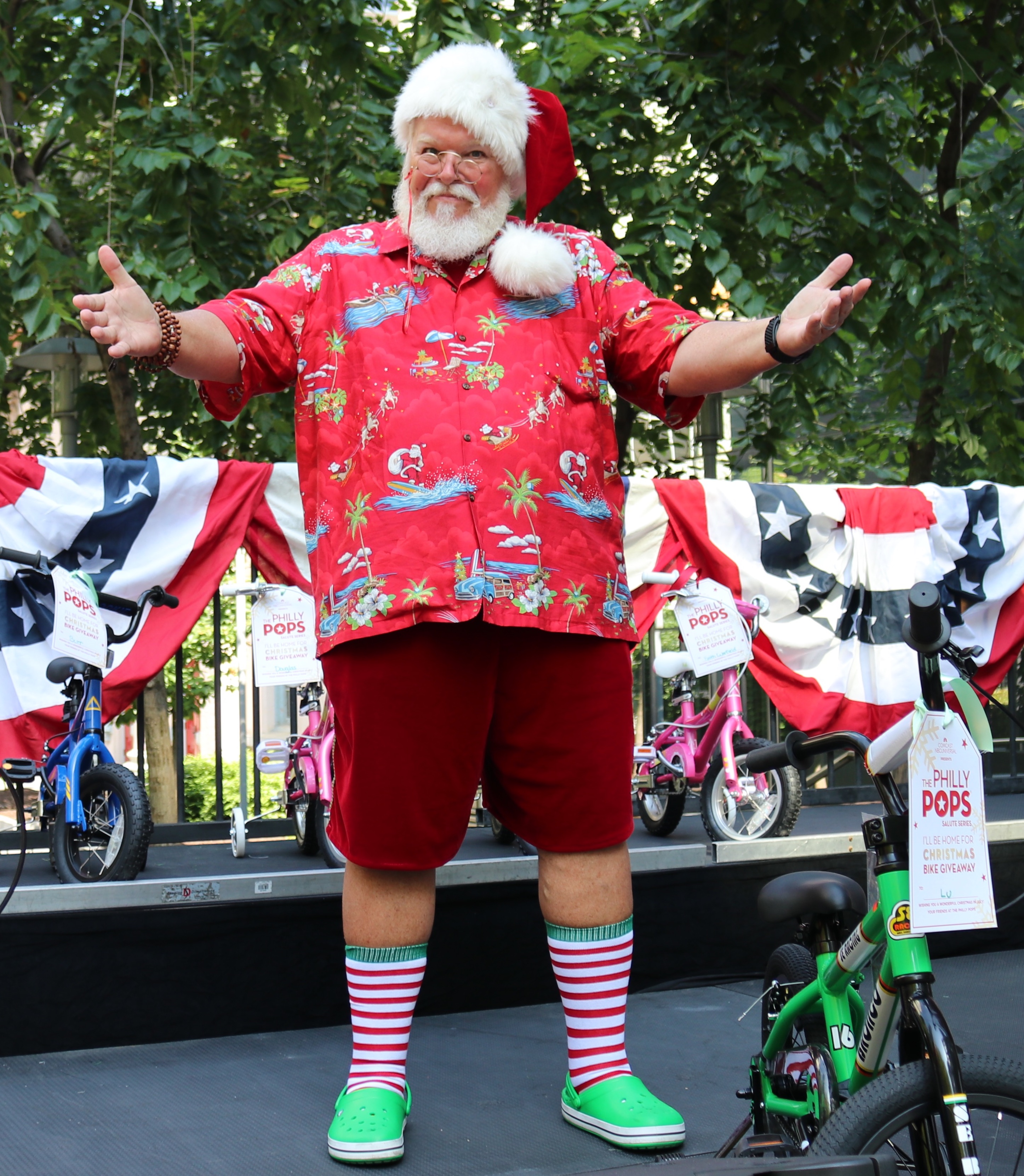 The man in Hawaiian style shirt, red shorts, long peppermint socks, and green Crocs laughed kindly at the child answer. Mr. Claus amazed the children in what he calls his “summer uniform”, busting the excitement for the new bicycles.

“When you come down on Christmas morning, you look for your gift with a tag under the tree. We did the research and their names are on the tags,” said Frank Giordano, President of The Philly POPS.

For Giordano, this event is all about thanking the people who put their lives in the front line by making the children happy.

The Chief Inspector of Community Engagement for the City of Philadelphia Cynthia Dorsey, and Adam Thiel, director of the Fire Committee and Emergency Management feel “really grateful” for this event.

In her second year of being part of the program, Chief Dorsey's excitement for the kids is evident. While remembering the first time she thought her own child how to ride a bike, she recalled “the feeling of letting your child go, and you are afraid but it is a ride of passage and gives the kids independence.”

Do you know how to ride a bike?

-No, said a little girl.

- I tried, but I hit my head on the sidewalk, reply another one.

-Wait!... Can we have any helmets first?

“We want everybody to be safe,” said Adam Thiel. “Stay hydrated, wear a helmet, and be careful when you are in the streets,” he added.

As the happy kids walk away with their brand new bicycles, Chief Dorsey wants them to know that “helmets are cool.”

“You are not a nerd or something if you wear a helmet. It is actually safe,” Dorsey said.

As for the parents, Dorsey said to “ride with your kids with your helmet on.”

“Because they are gonna see, unfortunately, people without it,” she continued. “But if you lead by example, you convince the kid to wear it.” 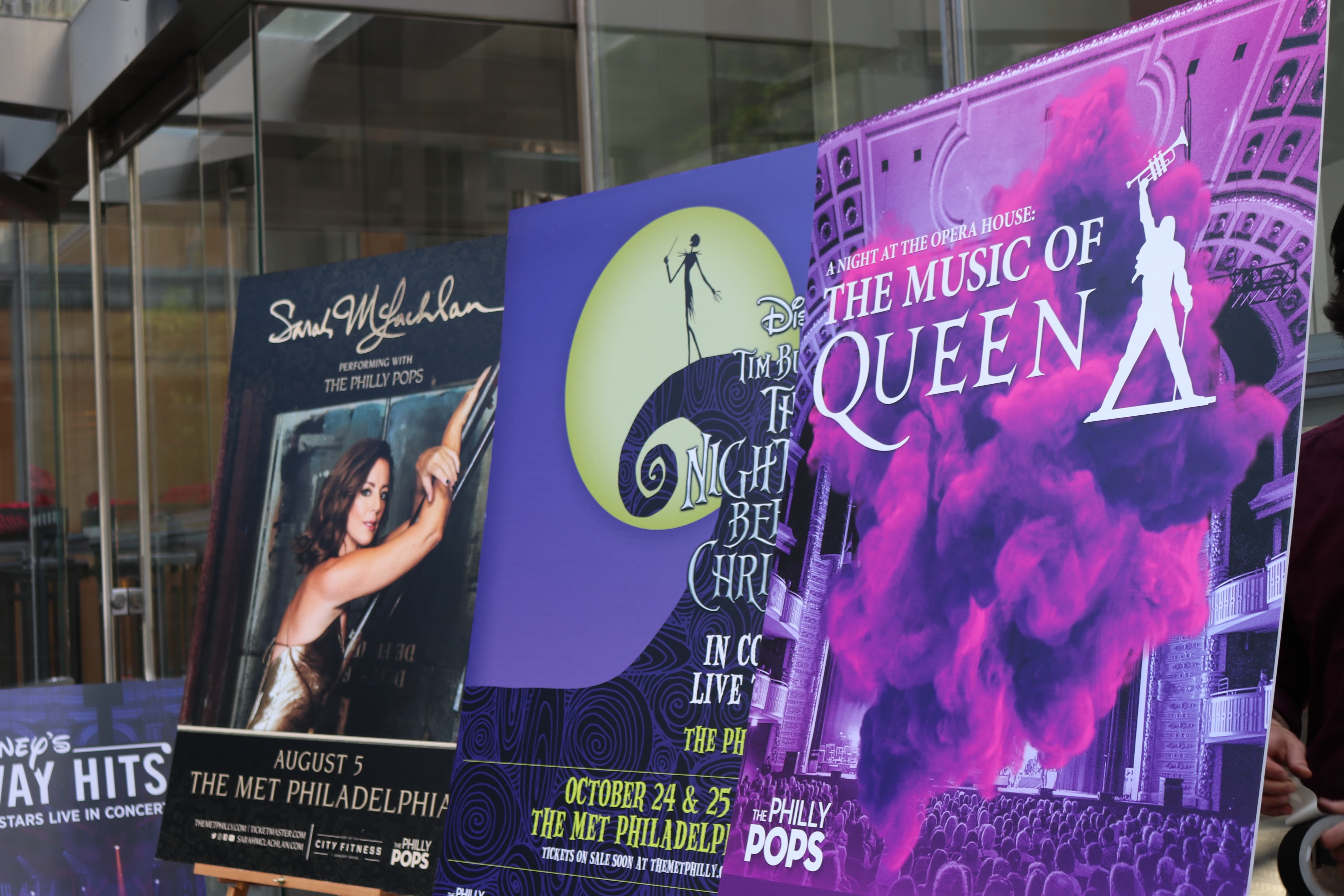 This was the sixth edition organized by the largest stand-alone pops orchestra in the United States. “Christmas in July” marks the on-sale date for tickets to the POPS’ Christmas concert series at the Kimmel Center, in December.

This POPS Christmas season will include performances by Mandy Gonzalez and The African Episcopal Church of St. Thomas Gospel Choir, as well as two Disney shows, Tim Burton’s “The Nightmare Before Christmas” and Disney’s “Broadway Hits.”