Enrique Tarrio is the leader of Proud Boys and heads the grassroots organization Latinos for Trump in Florida. Photo: Getty Images

Proud Boys leader's arrest and subsequent activity on social media lights the fuse for the Jan. 6 demonstration in support of Trump in Washington D.C.

Is Enrique Tarrio the Goebbels of the Internet...

"Infoxicating" seems to be one of the favorite past times of American ultra-right groups, which make any excuse to create media noise and provoke new outbursts of division on the Internet.

A day after Proud Boys leader Enrique Tarrio was arrested in Washington D.C., accused of burning a BLM banner during a rally in December and other misdemeanors, such as possession of firearm clips with extra bulletproof capacity, his incendiary tweets and hashtags on social media took on a "campaign" tone to stir up the mood at the Jan. 6 rally in support of Donald Trump.

It's a strategic maneuver to take advantage of "adversity" for the businessman and former Republican candidate for office, who also heads the grassroots organization Latinos for Trump in Florida. The posts on social media mocked those who were relieved by his arrest on Monday, Jan. 4.

Was Tarrio trying to project himself as a victim by increasing the Proud Boys' sense of persecution?

Tarrio does, after all, not address his messages and actions to all citizens, but to his "proud" acolytes. This internal communication among the Proud Boys has similarities with other white supremacist communities like Craig Cobb's.

As reported by Sun Sentinel at the beginning of his political career, Tarrio has a criminal record that includes charges of theft, and 30 months in federal prison for reselling stolen medical products.

Tarrio says he studied at the University of Miami and considers himself an entrepreneur, although he is known to run a store selling neo-Nazi clothing and security equipment.

He was the director of the organization "Latinos for Trump" in Florida and leader of the supremacist group, the Proud Boys, which defines themselves as "Western chauvinists."

But just as with Cobb, his motivations hide long-term movements, and his activity has since shaken the media agenda as part of the newest alt-right advertising tactics.

He ran in the Republican primary for Florida, but then withdrew. In 2019, he also participated in the Portland counter-demonstration "End Domestic Terrorism," and more recently burned a Black Lives Matter, for which he pleaded guilty.

The news was reacted to on all kinds of alternative networks on the Internet (4chan, Twitter, Telegram...) to feed the paranoia and feeling of persecution his followers use to build the collective identity of the Proud Boys. 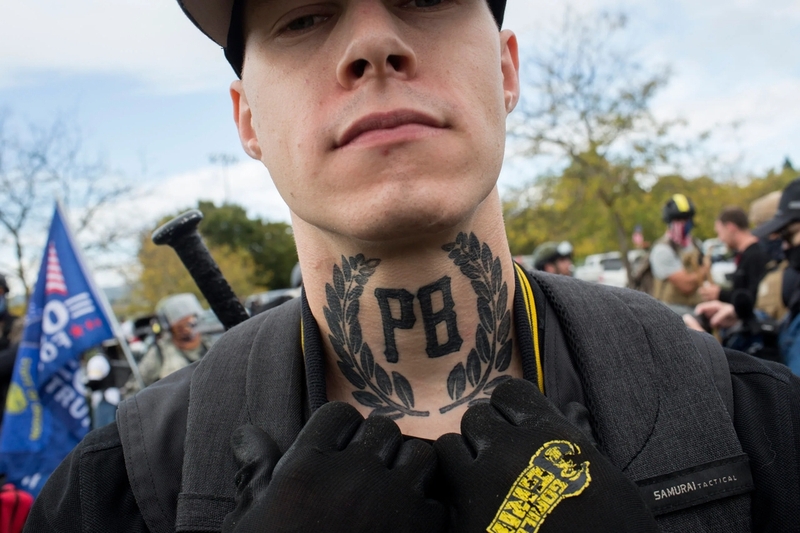 Persecutory paranoia and the decline of civilization are two major features of supremacist groups, so it does not matter if they recognize themselves as supremacists or chauvinists of any kind.

That is why the new cultural wars are capable of sowing supremacy among any class of minority and community, only varies the patterns of persecution.

That is the first point in its victory when it comes to talking about the geopolitical events of recent years, the revisionism of cultural systems as separate blocks with very little crossover. Nothing could be further from the truth. It is the same dichotomy posed by certain extreme nationalist under the assumption that cultures are not fractions of an immense whole, but different units. 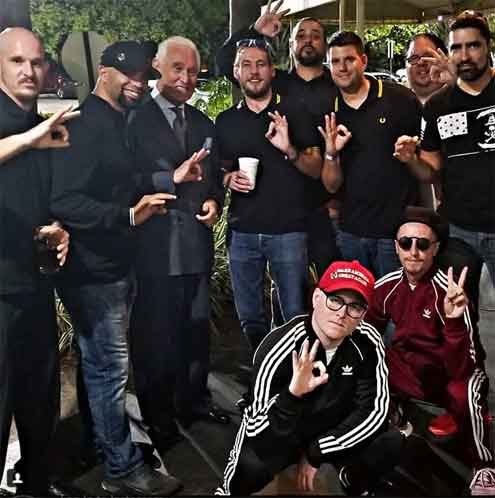 The second victory in terms of communication is to convey that they are being severely persecuted, which increases both paranoia and the supposed justification for arming themselves. This is the same pattern as in David Koresh's community, only on a much larger scale.

As with Pepe the Frog, everything seems to be a big joke on the Internet.

But in reality, the charges were avoidable and the act, premeditated. The difference is that some expected a new testament and these neo-Nazis are much more dangerous, and must punch "Antifa" in the face.

All cases are examples of the new models of alt-right communication that, more than being silenced which would feed paranoia, should be exposed in their double game as what they are, intricate communication campaigns with their excitable and dangerous audience.