Desta French is one of the Latin secrets of London's underground.

Desta French: "I feel fortunate to be...

Desta French is one of the most interesting voices of the London underground, among other reasons because she is capable of surfing any genre, from R&B to club music, to offer us her own honeyed and evocatively Latin interpretations.

Her latest single, "Ojos negros," invites you to get lost on a dance floor, while the album she released last year, San Lazarus, works halfway between tropical rumor and jazz arrangements that in both cases highlight her voice. 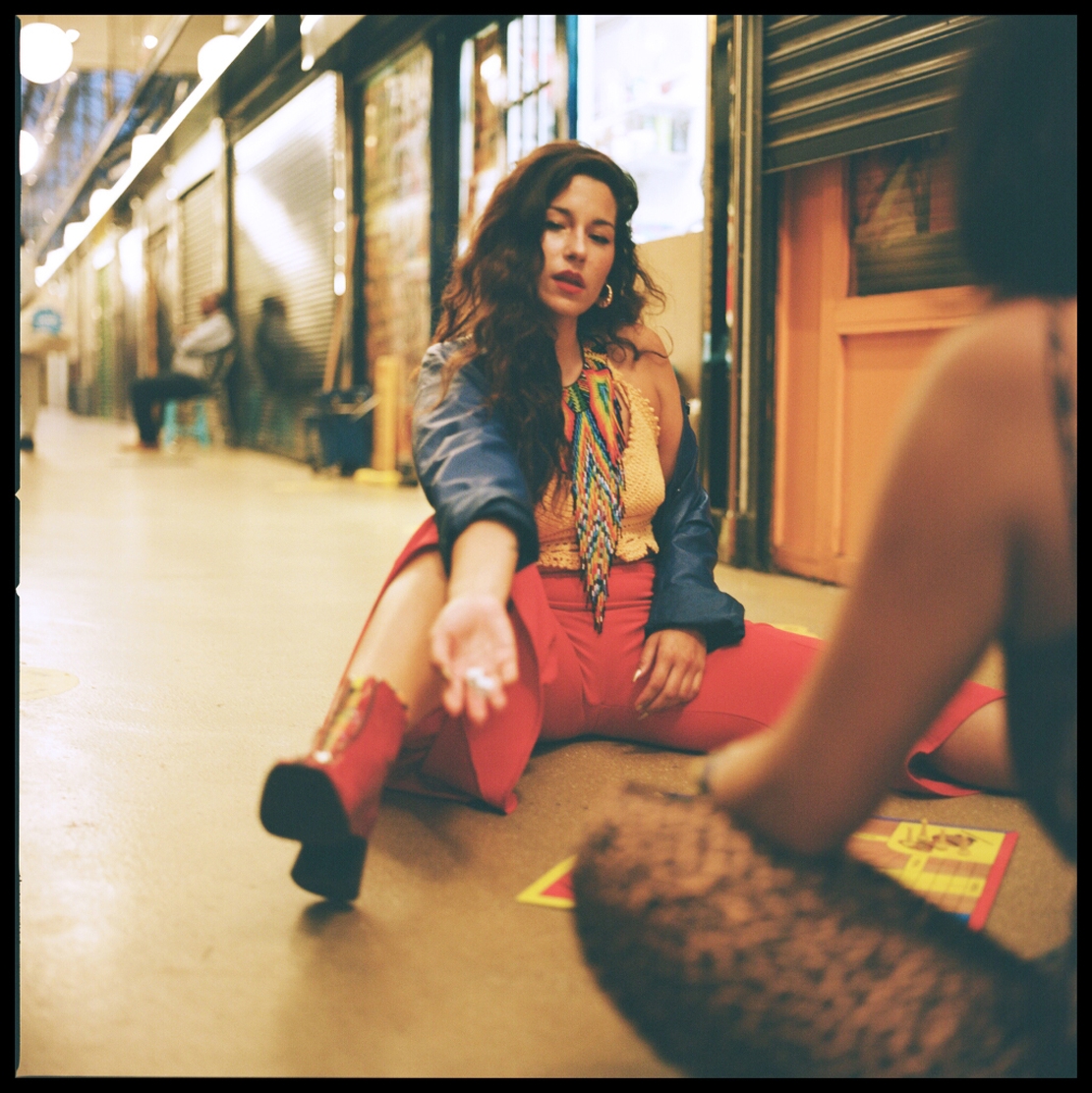 Desta French is half Colombian and half Italian, currently living in London, but this does not prevent her from connecting with her Latin roots, which she exploits with the intention of "Latinizing" the rest:

"Everything I do is an exploration of my connection to the cultures I've had around me since I was a child. San Lazarus is a fusion that is more of a perspective on how I have experienced the Latin from London."

She also defines her work as her own particular interpretation, taking advantage of the fact that Latin doesn't have much representation in the media there, that it remains undocumented and so Desta French is an aesthetic response to that gap:

"San Lazarus was a very innocent experimental thing and I didn't know if it was something that could connect with people in Latin America. But I've had a lot of support from the young people there who are very curious about the vibe of my music. That has given me a lot of support and faith to keep showing my authenticity."

But this proposal was not always so candid. Searches weren't always easy:

"I always sang in school presentations but I didn't have the confidence to say that I was an artist, also because I didn't see anyone else. In the media here in the U.K. there were no artists I could identify with, so it took me a while to find my sound. When I met Jamal Hadaway, the producer with whom we created 'Shame,' then I decided that music was something serious and that I couldn't live without creating it."

With a powerful voice you can overthrow empires and yet it is not enough to record albums, you need a scene and other musicians of the same stream around you. We wanted to ask Desta French if after that long search he has found similar trends in the underground and the answer was encouraging:

"I've found a community of Latin artists here that I didn't know existed before! It's important to have a scene of people who understand where your experiences come from. Knowing about other Latino artists in the world who inspire me makes me feel like I'm in school and there is so much to learn. I feel lucky to be where I am and to be able to represent my roots with my music."

If all his music transports us to Latin America, we could not leave the interview without looking back at the events of recent weeks in Colombia: "It has given me great sadness, I would like to see my people well, but I know it is time for a change, not from violence but from a discourse of unity for a fairer country. I made a cover of a song by Violeta Parra called "La Carta" which is available on Bandcamp to raise funds for those who have been affected in Cali and in general throughout Colombia.

The link is here for those who want to donate something.

To get AL DÍA Print Edition at the comfort of your home, please click here
TAGS
Colombia
cantante latina