Omnivorous in sexual matters and as prolific in her art as in her conquests, Frida Kahlo had the habit of writing letters to her lovers, to her husband, and even to herself.

Having become an icon of a certain "soft feminism" to wear on a T-shirt, the life of artist Frida Kahlo often tends to be told in such a sweetened way as her paintings never were.

Her letters, as intense as her work, are a good example of her magnetic and often obscure personality.

Voracious, especially with them

Reviewing Frida Kahlo's handwritten correspondence is like keeping an eye on Virginia Woolf's. One is surprised and happy that both are a natural gossip and perverse that frees them from the inconvenient martyr's halo that they themselves would surely not approve of. Believe me, I have read every single letter Woolf sent to her friends and family, and I came to detest her.

Her relationship with other women, beyond her own role as a woman who lived as she wished, was sexually arousing and even violent. In a letter to her friend Carlos Pellicer, the painter wrote about the singer Chavela Vargas:

Although Vargas never claimed to have had an affair with Frida, Kahlo did have ones with Jacqueline Lamba, Josephine Baker, Paulette Goddard, and painter Georgia O'Keefe. About O'Keefe, she wrote:

"She had been in the hospital for three months. (...) We didn't make sex that time, I think because she was very weak. It's a pity." 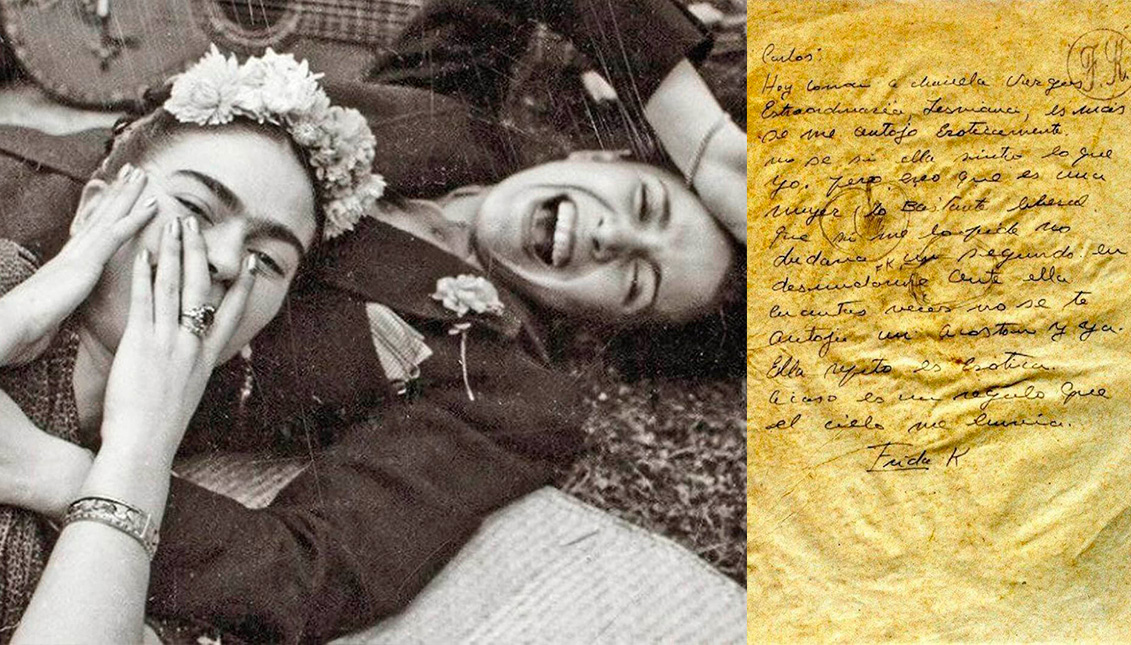 “Don't have sex with anybody"

Her hetero romances were as little understood in 1940s Mexico as those she had with women. Personalities like the revolutionary Leon Trotsky, with whom she had a short affair after Diego Rivera obtained his political asylum in Mexico, passed through her bed.

Trotsky used to leave her notes in books when Frida was leaving, and when the painters' marriage changed sides and became Stalinists, Kahlo even spent a day in prison accused of having participated in his murder. An undercover agent killed Trotsky with an ice pick in 1940.

"Don't make love to anyone, if you can help it. Do it only in case you find a real F. W. (fucking wonder); (wonder to fuck), but don't fall in love", letter from Frida to Nick Muray.

She also had a relationship with the painter José Bartolí, the sculptor Isamo Noguchi, her doctor and the photographer Nick Muray, to whom she made it very clear in a letter what he could and could not do:

"My lover, my darling, my Nick, my life, my child, I adore you... Hey, kid, every day you play that fire thing that hangs on the stairwell? Don't forget to do it every day. Don't forget to fall asleep on your little cushion, either, because I love it. Don't kiss anyone while you're reading street signs and names. Don't take anyone for a walk in our Central Park. It's only Nick and Xochitl... Don't kiss anyone on your office couch. Blanche Heys (Muray's close friend) is the only one who can massage your neck. You can only kiss Mum as much as you want. Don't make love to anyone, if you can help it. Do it only in case you find a real F.W. (fucking wonder); but don't fall in love." 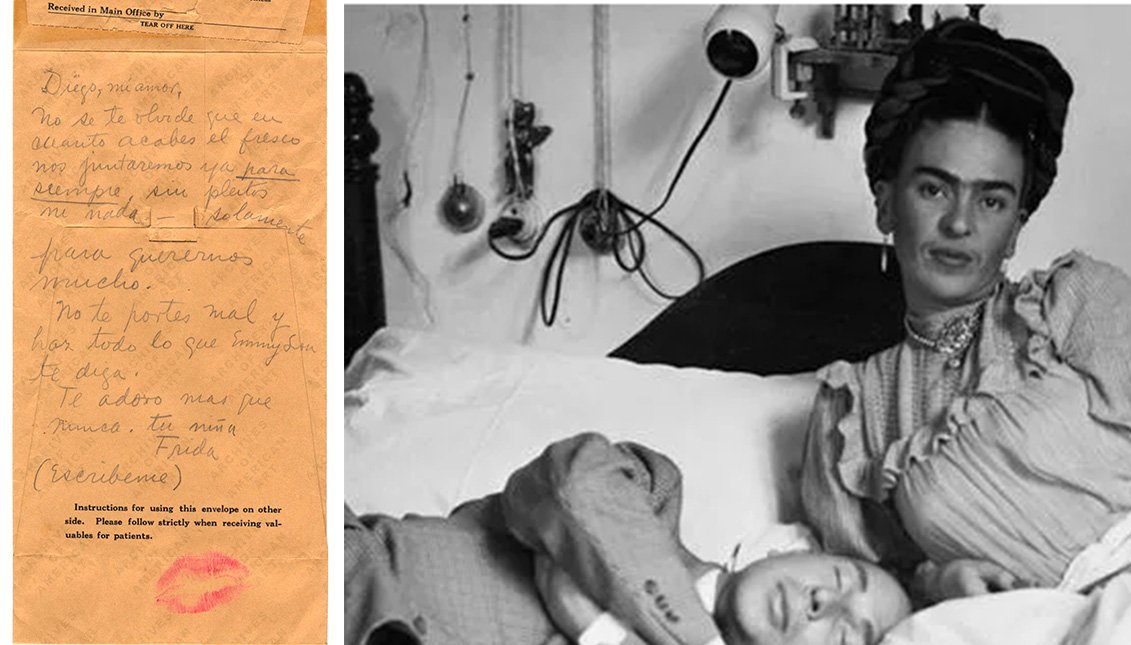 Hidden in the toilet

Frida dedicated her most "complicated" letters to Rivera because that defined her relationship with him during their marriage and after their divorce.

In them, she mentioned both the admiration she felt for him and the pain she felt because the muralist did not remember their anniversaries - "My boy, today it has been ten years since we got married, you probably won't even remember the day or the date or anything."

Even when they separated, Frida begged him: "God. Love, I still tell you if you want to come back, I will always be waiting for you."

She complained in other letters about her total submission to a man whose infidelities were continuous:

"You are the non-existent God. Every time your image is revealed to me, I ask my heart why you and not someone else," she wrote.

Of course, some of these letters are as brutally beautiful and plastic as the Mexican woman's painting:

"You are the mirror of the night. The violet light of lightning. The humidity of the Earth. The hollow of your armpits is my refuge. (...) Only you in the space full of sounds."

Frida Kahlo wanted to hide in the armpits of what she once defined as a "great lustful-looking lord". However, Rivera was not left behind. The proof is that despite the contradictions and the harshness of their life together, she kept most of the objects that were important to both of them under lock and key in the bathroom of La Casa Azul. Just before she died, she entrusted them to a friend for safekeeping. They were an orthopedic leg, make-up, and the letters she received from her lovers...

That way of keeping the most beloved in the worst place is another equally perverse way of saying "I love you."

No one "talks" to nature like Barry Lopez did (Op-Ed)

Diego Rivera's mural could save the San Francisco Art Institute

The last Goodbye to Frida Kahlo the world didn't see