Climate alert in the Amazon: 'The tipping point is here and now'

“The precious Amazon is teetering on the edge of functional destruction and, with it, so are we,” Thomas Lovejoy and Carlos Nobre. Photo: Mario Tama/Getty Images.

Scientists warn that the jungle will turn into a savanna sooner than expected. Do we still have a chance?

Climate alert in the Amazon: 'The tipping...

There is a philosophical paradox used many times to reflect on the origin of the universe that says: "If a tree falls and no one hears it, does it make a noise?" Taking the old dilemma to the question of the Amazon, one could say that even if there is an observer - hundreds of billions - who perceives the sound, or rather, sees the fires and the extinction of everything, are we going to still pretend the tree hasn't fallen?

Two of the world's most renowned climate change experts, Thomas Lovejoy and Carlos Nobre, stated in a joint editorial published in Science Advances:
“The precious Amazon is teetering on the edge of functional destruction and, with it, so are we,” they wrote. “Today, we stand exactly in a moment of destiny: The tipping point is here, it is now.”

Both decided to raise the alarm after realizing that all the predictions about that so-called "point of no return" that scientists refer to and that will produce irreparable changes in the climate system have been surpassed, and yet there is still hope: we could start reforesting to counteract its rapid conversion into a savanna or we could reduce carbon emissions.

This was pointed out by the Washington Post in an article, where it added up not only the deforestation of the Amazon but also the recent news about the melting of the Arctic and the consequent emission into the atmosphere of gases that were under the frozen ground up until now.

This is the future that is coming, even if we don't hear the tree falling...

Around 17% of the Amazon - 5.5 million square km is its total area - is deforested. Most of the devastation is in Brazilian territory where the Bolsonaro government has left the forest in the hands of the market.

Both Lovejoy and Nobre fear that soon the trees, which absorb large amounts of rain and give off the fog that helps agriculture and sustains countless species, will not be enough to recycle the rainfall. Then it will happen that much of the rainforest will become a drier savanna ecosystem and rain patterns will change in most of South America.

Several hundred billion tons of carbon dioxide, says the WaPo, will be emitted into the atmosphere, damaging climate change as if nature had given up.

That point of no return or turning point "is much closer than we anticipated," Nobre warned in an interview.

The most worrying thing is that they are already unable to predict when; even more so if we consider that since the end of the 19th century, human activities - the continuous deforestation resulting from intensive farming and cattle raising - together with forest fires often caused by those same human activities, and the increase in temperature have caused global warming to reach 1 or 1.8 degrees Fahrenheit.

But the Amazon emergency is not an isolated catastrophe...

"Underestimated by climate science;" this is how Stefan Rahmstorf of the Postdam Climate Impact Research Institute in Germany described the very rapid thawing of Greenland and the Arctic permafrost which, when thawed, could be starting to fill the atmosphere with greenhouse gases that were under the frozen ground.

"All this is partly because we can't capture them well in our models," Rahmstorf said. Especially since much of the Arctic has already warmed by two degrees. 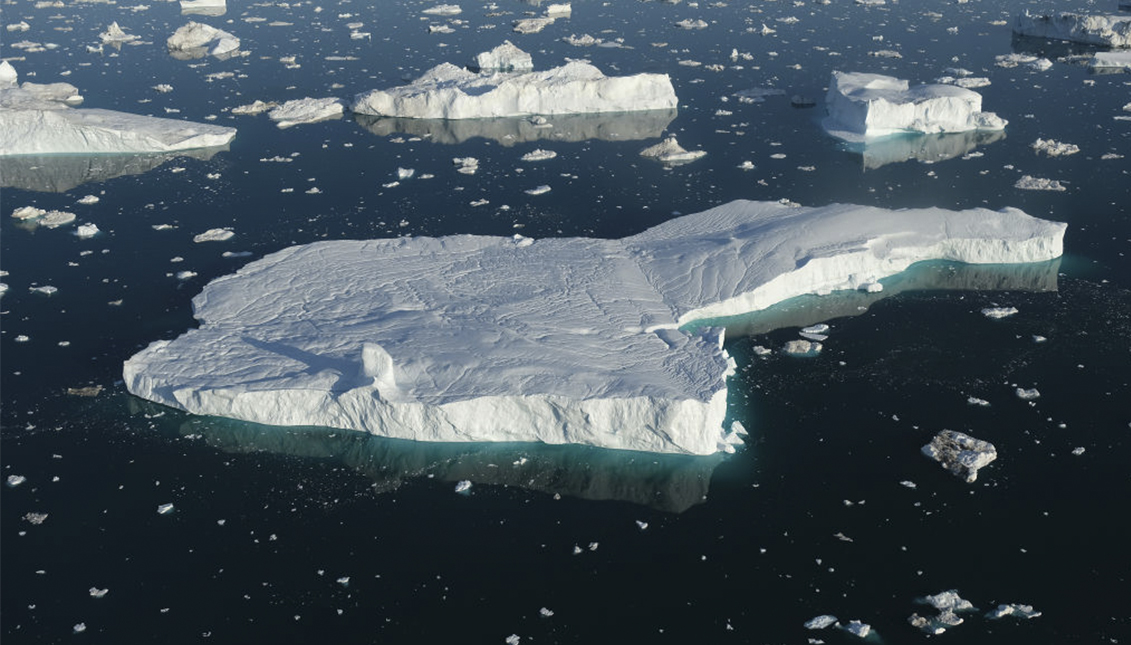 “Greenland is losing ice faster than expected, partly because climate models aren’t good at predicting extreme melting events, but also because many of the ice sheet’s smaller glaciers have started to speed up, too,” said Andrew Shepherd, a glaciologist at the University of Leeds in Britain who led the latest study. “So the [worst]-case scenario now becomes business as usual.”

But the Arctic is, as they suggest, an emitter of carbon dioxide. This would mean a profound and irreparable change for a region that includes large areas of Alaska, Canada, Siberia, and Greenland.

So it is not just the failed policies to reduce carbon emissions into the atmosphere that will be of concern, but how the Amazon rainforest and the Arctic, in turn, respond to human encroachment by emitting even more gas as the Amazon trees disappear and the ice melts.

It all adds up in this countdown. But the speed of this countdown also depends on us. There is a reason why these are "warnings" and not "prophecies."

To get AL DÍA Print Edition at the comfort of your home, please click here
TAGS
climate change
amazonía
arctic

The Monarch Butterfly Crime: Who Murdered Homer Gomez and Why?