The graphic novel will address the origins of the band as well as the panorama of street culture at the time. PHOTOGRAPHY: Z2 Comics

The Latino hip hop band that has conquered half the world celebrates its 30th anniversary with a graphic novel.

There are only three or four verses of the song Tres Equis that the whole family can dance to. The rest is pure belting and the raspy timbre of Sen Dog and B-Real.

Thirty years later, Cypress Hill is celebrating the anniversary of the eponymous album with a comic book published in English and Spanish by Z2 Comics.

The graphic novel will address the band's origins in South Gate, Los Angeles, as well as the street culture scene of their youth.

Inspired by his childhood's superhero comics, B-Real expressed that this seemed to him the right format to explain how they managed to become the first Latin group with platinum, gold, and multiplatinum records.

This is not the first time that the crossover of artistic disciplines has been approached in this way.

Ozzy Osborne and Megadeth collaborated in Dark Knights: Death Metal, and KISS had a fleeting appearance in Marvel comics.

Several writers tackled their childhood with superhero stories. Jonathan Lethem did it with Brooklyn in The Fortress of Solitude, and Michael Chabon won a Pulitzer revisiting New York in The Amazing Adventures of Kavalier and Clay.

Cypress Hill is a band formed in 1986 in which the two mentioned Mc, Sen Dog and B-Real, surf on the bases of Dj Muggs and Bobo Correa.

The success of the b-side of their first album in 1991, which included Spanish and bilingual songs, was the spark that catapulted them to fame. Since then, they have explored other sounds — from rapcore to metal — but always standing out for their fluidity and virtuoso synchrony over any rhythm. 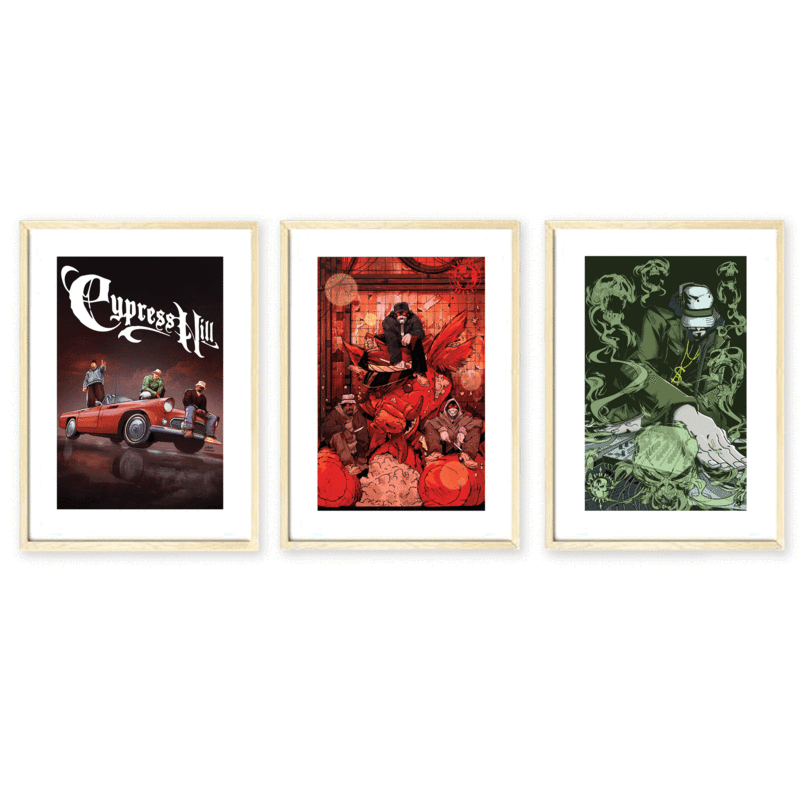 To celebrate their 30th anniversary and explain their origins as so many legendary hip hop bands eventually do, they teamed up with Z2 Comics, which has also worked with other musicians such as Major Lazer. The graphic novel will be available in two languages and, for the moment, in hardcover or a signed limited edition; another paperback edition will arrive in August.

The cartoonists include Felix Ruiz (Wolverine MAX), Jefte Palo (Taskmaster), Juan Gedeon (Venom), and Damion Scott (Marvel's Voices). The co-writer and in charge of the chronology of his egotrips is Noah Callahan-Beve, who is reportedly fortunate to have been able to bring together his two passions, comics, and hip-hop.

Ben Affleck and Jennifer Lopez, and their passionate kiss