The hurricane season in the Atlantic began with Amanda's passage through El Salvador and Guatemala.

Amanda's passage through El Salvador and Guatemala marked the beginning of the Atlantic hurricane season. Thus, the two Central American countries added the red alert for meteorological causes to the health crisis due to the coronavirus.

The tropical storm hit El Salvador hardest, leaving 15 dead, seven missing, 24,000 affected, 7,225 people who have had to take shelter in shelters and more than 900 houses destroyed by the rains, according to the El Salvador Times.

Amanda lost strength during her time in Guatemala. Still, she left behind two deaths, 44,000 people affected and 616 homes damaged, according to local media outlets Prensa Libre and República.

Despite falling into the category of tropical depression, the National Hurricane Center estimates she has an 80% chance of strengthening in the conditions of the Gulf of Mexico, where it is already entering. 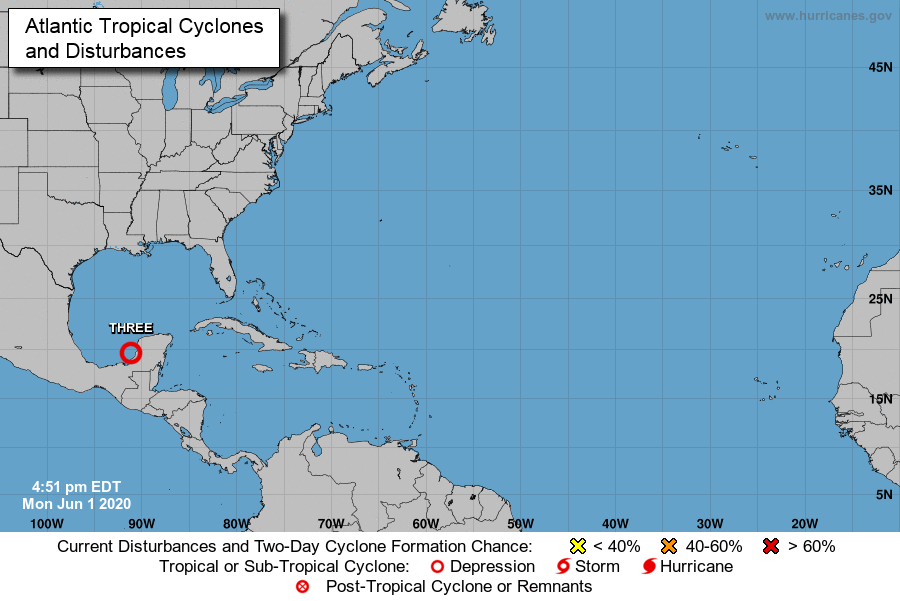 For both El Salvador and Guatemala, the floods caused by Amanda are an aggravation of the efforts already being made by these countries to contain the COVID-19.

In the case of El Salvador, President Nayib Bukele announced a second state of emergency, for 15 days, and the Salvadoran Legislative Assembly approved the use of US$389 million from rapid financing with the International Monetary Fund (IMF) to attend to the disasters caused by Amanda and the country's economic recovery and reconstruction.

In Guatemala, President Alejandro Giammattei announced the availability of 1,484 shelters throughout the national territory and the intensification of testing for other types of tropical diseases - such as Zika and dengue - in addition to those already in place for COVID-19.